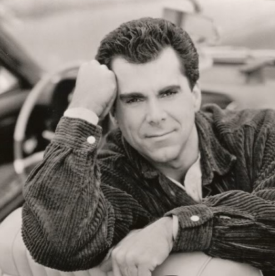 Contemporary Christian artist and evangelist, Carman Licciardello, released an emergency update on Face Book today, reporting that he received an infection during the neutropenic stage of his cancer and is not sure whether he will survive it. “I’m worried – really worried,” the 57 year old musician announced, stating that with his immune system completely gone, the infection could be fatal.

Licciardello, fondly known by hist stage name ‘Carman’,  left a heartfelt message to all his fans telling them how much he loved every minute of ministering on stage. “I hope things change but I can’t even lift my head up,” he said and bitter sweetly joked that he had at least managed to finish the recording of his latest offering.

Carman is a well-known musician in the older contemporary Christian circles, with an impressive achievement of 15 gold and platinum albums and videos.  Mainly known for his cleverly written songs and creatively produced videos such as “Bipolar Holy Roller” and “Witches Invitation”, he has sold more than 10 million records. From 1982 to 1992, his albums regularly sold more than a million copies each and he has topped the Christian singles charts with classics such as “The champion,” and “Satan, bite the dust.”

Carman was diagnosed with multiple myeloma on February 14, 2012, and doctors  estimated that he had 3 to 4 years to live. Licciardello noticed that something was amiss after experiencing a particularly strange period of sickness and infirmity. When doctors could not figure out the problem, he got a bit suspicious when he was sent to a specialist who happened to be located at a cancer treatment centre. Carman admitted that he had immediately posted the news about the cancer on Facebook to keep rumours from spreading but did not expect such an overwhelming response. “I thought, well I’ll probably get about 300-400 posts… the next day there was like, 3 000 posts!” he shared on www.mstarz.com. 3 000 posts turned into 18 000 posts which was proof that the aging minstrel had touched thousands of lives throughout the years of his ministry even though he had not recorded anything in about 13 years. His manager, Sam Chappell and marketing expert, Chris Estes, then encouraged him to start recording new music, despite being rejected by every Christian music label in the last 12 to 13 years.

“I thought I could see this coming to a close,” he shared.” I wasn’t really doing anything. I’ve had hardly any requests for concerts. I wasn’t recording. I wasn’t productive. The things I needed to do best, I wasn’t doing. I figured my time was up.” After some prompting and sound advice, Carman decided to bypass the recording industry altogether and started to raise the funds for a new CD, video and concert tour. “If God’s in it, I want to know,” he said. “I’ve got cancer; I don’t want to play around. If it’s my time to go, let me go in peace.” The campaign, which was launched in April 2013 raised approximately $538 103 which exceeded his goal of $200 000, much to his amazement.

Carman experienced a particularly trying time last month, which is common after stem cell replacement. “They give you the heavy dose of chemo. It wipes out the cancer but also everything else, including white blood cells that fight off infection.” He said.

He is being admitted to hospital for 24/7 care.