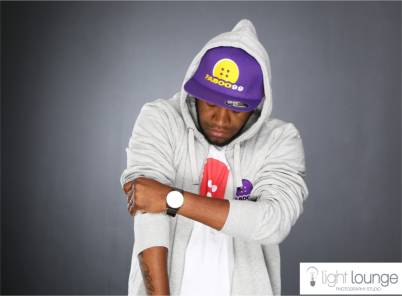 Crown Gospel Award winner, CJay, has been in the music ministry for over 10 years and has travelled and worked with artists such as Delirious, Loyiso Bala and Kari Jobe. Being an aspiring artist and growing up in a small city like Port Elizabeth had its challenges, but it is clear that God has had His hand on CJay’s life and continues to propel him into a destiny of ministry through music and an ability to influence youth in a positive way. His latest album, ‘Jesus Freak, Yes I am’ has earned him the best Gospel Rap award at the Crown Gospel Awards this year. I had a chat with him about his prestigious award, life in PE and the ‘Jesus Freak, Yes I Am’ movement.

Congratulations on taking home the Gospel Rap award at the Crown Gospel Awards! What does it feel like, to be recognized on such a big scale, as a musician?
Thank you! It is an amazing feeling. I’m just a kid from PE that decided to follow his dream and look where it got me. For that I give God the glory!

Rap and Gospel aren’t often seen as related. How did you get started in this genre and where/how do you draw fresh inspiration?
Rap is not just a genre of music. For me it’s a culture, a lifestyle, a voice! Unfortunately in many ways it has a bad connotation because people have used this culture, voice and lifestyle to promote sex, alcohol, drugs, etc. But I’ve decided 15 years ago that i will use it for the glory of God to change lives and give hope to people!

Let’s be honest ;) Did the win come as a surprise?

I’ll be honest…It really did come as a surprise. I wasn’t even going to go because I know that the guys who were in my category were really gifted artists.

‘Jesus Freak, Yes I am’ is your 6th album to date! That’s pretty impressive! What do you feel is different with this, your latest release?
It’s so different to what I’ve done before because I didn’t do an album with songs that reflected or pointed at me as an artist but music that would be a soundtrack to a movement. Music that would stir you to win the lost at any cost. Music that would tell you that God has called you for a purpose!

Tell me more about ‘Jesus Freak Yes I am’ as a movement.

The ‘Jesus Freak, Yes I am’ project is a soundtrack to a movement that has a passion and a hunger after God and to see Him glorified! This movement has taken it upon themselves to be the salt and the light to a dying world. ”We are called and set apart and its time to live out what we believe and preach Jesus in the streets!” with that said JFYIAM as a movement is different in the sense that it’s not about an artist a CD or a man but about Jesus and through him we can bring hope to the hopeless.

What does being radical for God mean to you?
Living out His purpose through me.

I believe that you are originally from the Eastern Cape and you grew up in Port Elizabeth! That’s fantastic news for us locals :) Was it challenging, living in PE and trying to get your music out there?
Yep I am a local boy! I walked the streets of Arcadia, Bloemendal and all the extensions :) I won’t lie it was pretty tough. It’s not easy when you finish school and are not able to go study because there is no money. It’s not easy when you find yourself on the side of the road not knowing where you are going to stay. But God! He had it all planned! Thank God for all the people that opened their houses to me during that time. PE didn’t have a music industry back then so I had to take the step of faith and believe in myself.  It’s been 15 years since I left to Johannesburg, and I am living that dream! Praise God.

Do you have any words of encouragement for aspiring local artists?
Simple: Believe in yourself! Believe that God has placed that gift and that ability in you and trust Him to see it come to fulfilment.

You will be performing in Port Elizabeth in December. Tell us a bit more about your shows and what we can expect.
I will be in PE on the 8th Dec at the 7pm service (The Gate) at Word of Faith Christian Centre. I think that people would expect me to perform a certain way because of their understanding of the genre of music that I do but come expectant to worship God in a whole different way then you’ve ever before!

What can we look forward to from CJay and the JFYIA movement, in the future?
I am working on my new record for next year May! And in 2014 I’d like to share my gift with the world – So more international travel!