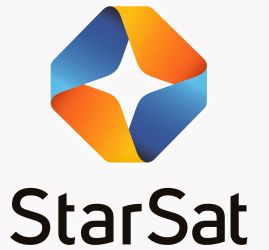 Greta Engelbrecht, for Justice Alliance SA (JASA), told the commission that the channels had not been authorised to broadcast any content following Western Cape High Court Judge Lee Bozalek’s decision in November that StarSat could not broadcast pornography.

“Since November 3 2014, the date of the judgment, StarSat was no longer authorised to broadcast the channels.”

On Digital Media (operating as Top TV and later StarSat) decided to file an application for leave to appeal Bozalek’s decision.

The application was dismissed on 10 December in the Western Cape High Court.

“StarSat was required by law to stop broadcasting from December 10… They refused to do so,” Engelbrecht said.

ODM then applied to the Supreme Court of Appeal on 7 January for leave to appeal Bozalek’s decision.

“However, for the period December 10 2014 to January 6 2015, StarSat illegally and with impunity, broadcast the unauthorised channels,” Engelbrecht said.

She asked the commission to reprimand ODM and for it to be fined for its breach of the organisation’s Subscription Service Licencees’ code of conduct.

Section 8 of the code states that a licensee may not broadcast a channel on its service unless the authority has authorised the channel to do so in terms of broadcasting regulations.

Steven Budlender, for ODM, told the commission that his client accepted that there had been an infringement of the broadcasting code.

“We accept that there is a technical infringement…[however] there is no basis for anything other than a reprimand,” he said.

Only 284 subscribers
He said his client had behaved like a responsible broadcaster.

“Broadcasts were only shown to 284 subscribers,” he said.

He said ODM had followed the rules and approached Icasa seeking authorisation to broadcast its pornographic content, which it was granted.

“There was an agreement that pending leave to appeal, broadcasts would continue.”

He said Icasa had threatened the pay TV channel with a court interdict, it did not mention anything about the breaching of the broadcasting code.

He said there had been a delay with the Western Cape High Court in December which led to the legal team only filing in its application to the SCA in January.

“There was an attempt to lodge it [on December 19] but it was rebuffed.”

“When that happened, it ceased broadcasting,” Budlender told the commission.

He said the matter was only a technical one and since the ODM only had 284 adult subscribers at the time, a fine was not necessary.

“This service was only available to 284 subscribers, not the whole country and not to all ODM subscribers.

Budlender said there was a double pin mechanism one had to enter to watch content, which could not be disabled.

“This is the highest degree of parental control.”

One of the conditions Icasa had placed on the broadcaster was to air the channels between 20:00 and 05:00.

It cost R159 a month for the service and only verified credit card holders could be granted access, he said.

Engelbrecht said the fact of the matter was still that ODM had contravened the broadcasting code.

“It was a matter of simple compliance, they sought not to do so.

BCCSA chairperson Professor Kobus van Rooyen said he and his panellists may take up to two weeks to reach a decision on the matter.