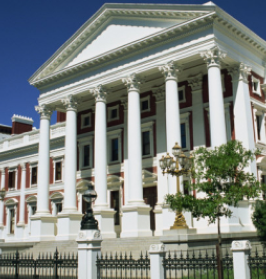 Drafting the Bill came as a result of appeals made to the ACDP by fathers who felt strongly that provision should be made in law for “paternity leave”. According to a statement by Cheryllyn Dudley, MP and Whip, this is in line with the party’s policy on family values.

According to her statement, the ACDP is of the opinion that fathers play an important role in the upbringing of their children. They believe such a provision would facilitate early bonding between fathers and their children and this will build stronger and healthier families, which would be one of the many potential benefits for society as a whole.

The Basic Conditions of Employment Act of 1997 makes provision for four month’s maternity leave for an employee and three days responsibility leave for the child’s father (the latter paid for by the employer).

There is, however, no legal obligation on an employer to grant an adoptive parent adoption leave. Currently, adoption leave is a matter for negotiation between individual employees and employers. According to the statement, this can be seen as a major obstacle in encouraging adoption.

In her statement, Dudley emphasises that the ACDP does not support the amendment to the Children’s Act of 2005 which allows for same-sex couples to adopt children, but for the Bill to accomplish its goals, it must be applicable to the current legal situation.

Dudley requested that the bill be published in the October 2015 Government Gazette.