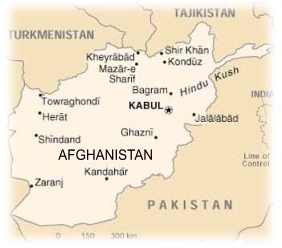 KABUL: The Afghan government said on Monday that police had rescued 41 children from becoming suicide bombers as they were about to be smuggled across the mountains into Pakistan.

Interior ministry spokesman Sediq Sediqqi told a news conference that the children aged six to 11 had been released on February 15 from the clutches of four insurgents in eastern Kunar province.

He told AFP their families “were fooled by terrorists”, who promised to send them to seminaries in Pakistan where they would be “brainwashed” and “prepared for suicide bombings against Afghan and international troops in Afghanistan”. Police arrested the four suspects and the children were returned to their families, the spokesman said.

On February 12, Afghan authorities announced the arrest of two 10-year-old would-be suicide bombers allegedly planning to attack Afghan and international forces in the southern province of Kandahar, the Taliban’s birthplace. They had been reportedly released last August, along with 18 other children, after receiving a pardon from Afghan President Hamid Karzai.