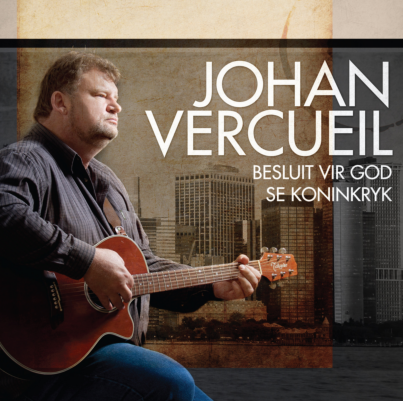 There is a proverb that says “practice what you preach”. Johan Vercueil is an Afrikaans artist who is doing just that. Earlier this year, Vercueil released his fifth studio album, Besluit Vir God Se Koninkryk. The title track of the album challenges Christians to live out their faith by reaching those in need of physical comfort and spiritual hope.

On  August 8 Vercueil set out to Mbazwana in Northern KwaZulu-Natal on a fishing trip with 24 ministry-minded men — including pastors, musicians and businessmen. In addition to fishing rods the men took along 5 000 copies of the Gospel of John in Zulu, 1 000 Bibles, toys, blankets, assorted clothes and sweets.

Vercueil explains that what had originally been planned by three men as a “lekker weekend’ fishing with “the manne” had transformed into an outreach aimed at blessing people.

“I believe that we were guided by the Holy Spirit,” he says.

The outreach lasted from Thursday to Sunday, and was interspersed with times of fellowship and song. 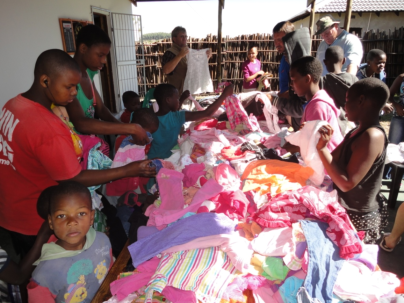 “From the minute the men began to unpack on Thursday, it was clear that they were there to make a difference,” says Vercueil.

“Some tried their luck at catching their own breakfast but had to settle for eggs and wors. Everyone participated in handing out Bibles, and ministering to and praying for people on the streets. Thank you to everyone who prayed for us. We returned safely without incident. The seeds that were sown from the Word are going to make a huge impact. Men’s lives were changed.”

Vercueil began his Gospel music career in 1983 and made his first LP in 1986. He was contracted by Brettian Productions in 2005. He has a regular job during the week and spends most weekends on the road. His wife, Karien, who runs a guest house from their home in Lydenburg, stands by his ministry fully. Brettian’s video production team recently filmed the music video for Besluit Vir God se Koninkryk in the family guest house. The video can be viewed on YouTube or on Vercueil’s Facebook Page. Besluit Vir God Se Koninkryk is available in leading Christian retail stores or through Brettian Productions.

Verceuil says the outreach message in the album’s title track comes from his heart.