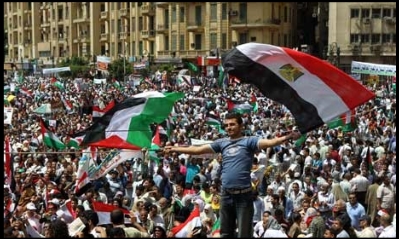 Time and again we are told not to judge Islam by the Islamists—that is, those who blow up our towers and then dance in the streets, who shoot our servicemen and women, who punish and execute Christians and other religious minorities in their midst, who decapitate journalists, who strap explosive devices to their children in order to murder Jews. No, we are told to look to the Muslim moderates to set things right—those who represent the true face of Islam.

Such as the Muslims of Tunisia.

Outside the United States, if Muslims are moderate anywhere, surely it is in Tunisia, the once-placid North African republic of 10.3 million people. The only problem is, Tunisia—which in January overthrew the kleptocratic regime of Zine el-Abidine Ben Ali, launching the so-called Arab Spring—is not nearly as moderate as advertised.

The stated goal of many protesters was democracy. One day after the revolution, Jeffrey Goldberg, writing for The Atlantic, was on the main thoroughfare in Tunis. He quickly found out what democracy might look like in Tunisia. A crowd of young protesters marched past Goldberg, who on impulse joined them.

“What are we protesting today?” Goldberg asked the group. A university student named Latifa answered, “The Interior Ministry refuses to let women be photographed for their identity cards wearing the hijab. They force women to remove the hijab. This is an insult to Islam. We are demanding that the ministry allow us to wear the hijab at all times.”

So apparently the new, moderate, democratic face of Islam—at least in Tunisia—wears the hijab. Now I’m in favor of religious liberty as much as the next person, but I’m far from the only one who finds the spread of democracy in the Muslim heartland to be more than a little troubling.

Islamic values have yet to be proven to be conducive to democratic values, at least as understood in the West. Democracy in the hands of those who despise political and religious tolerance and reject universal human dignity could well turn out to be a two-edged sword. While many Muslims say they want democracy, we need to ask them to carefully define what they mean.

In Iraq, George W. Bush and U.S. troops, with the best of intentions, took out a genocidal dictator and attempted to lay a foundation for a peaceful democracy. The trouble was that the Muslims in Iraq failed to get the memo. Under Saddam’s police state, Christians had been relatively secure from the depredations of their Muslim neighbors. Today, a different kind of ethnic cleansing is occurring in the ancient land of the Euphrates—mostly without the rest of the world noticing or caring.

“Christians in Iraq,” notes the Operation World prayer guide, “the victims of sustained persecution and even genocide, are now only half of what they numbered in the 1990s. Most have fled persecution to Syria or Jordan, others to the West. Few are likely ever to return. Two-thirds of Baghdad’s churches are closed or destroyed.”

Sudan’s Arab Muslim majority, meanwhile, appears to be preparing to relaunch its brutal war against the black animists and Christians in the south.

And the problem of Muslim persecution of Christians is not strictly about the Arab world. Many of the persecuting Muslims in northern Iraq are Turkic. In Iran, where most of the Muslims are of Persian heritage, the anti-Christian persecution is accelerating, perhaps to whip up religious fervor for a generally hated regime. In Pakistan, use of the blasphemy law against followers of Christ continues.

Yes, it is true that some of these conflicts encompass more than just religion. In Iraq, part of the dispute involves oil and other resources; in Sudan, oil; in Israel and Palestine, land. The problem is not solely about Islam, certainly. But given the apparent global pattern of Muslim aggression against Christians, it is fair—even necessary—to ask why Islam itself so often seems to be an aggravating factor rather than a calming one.

You might argue that Christianity has its own sorry history of religiously motivated violence, and you would be right. The Crusades were a wretched, noisome stain on the reputation of the church—and, by extension, on the character of Christ. Yet the last time I checked, the entire Christian church has repented of the Crusades as a horrible departure from the gospel preached by Jesus.

No such repentance, however, has been forthcoming from the followers of Islam, who, after all, also participated in the Crusades. Some of them, in fact, are carrying out a new crusade against Christians, Jews, and anyone else who would stand between them and their dream of a worldwide Muslim caliphate—with little dissent heard from Muslim moderates.

So it is no surprise that some observers fear what might happen to Christians caught up in a Muslim democracy. Democracy, after all, grew up and flourished in the Christian West, not in the Muslim East. The early indications in Egypt are not good for Christians.

The Founders of America had little affection for democracy, strictly speaking. They feared—rightly, it seems—that one-man, one-vote left a people open to the tyranny of the majority. That’s why they expressly established not a democracy in the United States, but a representative republic. As John Adams warned, “Remember, democracy never lasts long. It soon wastes, exhausts, and murders itself. There never was a democracy yet that did not commit suicide.”

That’s why I’m taking a cautious, wait-and-see attitude with the much-ballyhooed Arab Spring. While I hope and pray that a tolerant form of democracy takes hold in the Islamic world—and Muslims certainly need this as much as anyone—I’m realistic enough about history and human nature to realize that the transition from where we were to where we are going is likely to be bumpy indeed.

It’s not so much the Arab Spring I’m worried about, but the Arab summer, which could get quite hot for Christians.