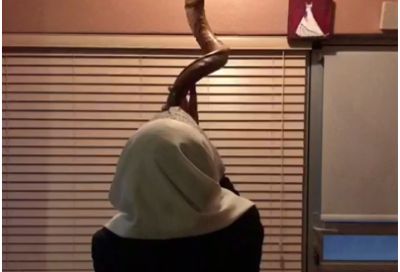 Intercessors in Cape Town have called on Christians in all nine provinces of South Africa to join in 21 days of releasing God’s voice over South Africa through sounding the shofar, prayer and fasting from June 12 to July 2.

The campaign, to mark the ending of 70 years of desolation since apartheid was instituted, is inspired by Daniel’s 21 days of fasting and repentance (Daniel 9:2) at the end of Israel’s time of desolation and captivity in Babylon, says Regina Kekana in the audio clip (2 mins 47 secs) below.

Families, prayer groups, communities, churches, organisations, schools, etc. throughout South Africa are invited to take part in the campaign, following the strategy outlined below:
1. Choose to fast for 21 days or a couple of days. Wait on the Lord to speak to you/instruct you and obey! Watch for the results!
2. Gather in groups (minimum two people) daily at 6pm and blow your Shofars to release God’s voice!
3. Ask the Spirit of God to reveal to you how to blow the shofar and to give you revelation of what His voice is releasing through the shofar sound!
4. Blow the shofar four times in four directions, starting with the East, West, South and North at 6pm daily until we see results yielding fruit!
5. Release God’s voice (Psalm 29) of blessing over South Africa for reconciliation, restoration and for God’s glory to manifest!
6. Alignment of South Africa to God’s blessings and a reversal of the cycles and strongholds of curses through idolatry, bloodshed, sexual immorality, perversion, violence and disinheritance.
7. A restoration of identity for all people groups and inheritance.
8. Entering a season of healing for the nation while celebrating 70 years of deliverance from the time apartheid was instituted.
9. It’s time for South Africa to step into God’s governance and economic system! Upcoming elections!
10. A release of God’s blessing for the nation through the land.

Watch video of a Cape Town intercessor blowing a shofar at the start of the fast: