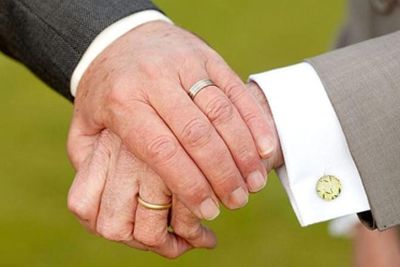 The Church of England’s doctrine on marriage will not be changed to accommodate same-sex relationships, but church teaching should offer “fresh thought” in line with society’s changed attitudes to sexuality, a report from the House of Bishops has said.

The report, Marriage and Same Sex Relationships after the Shared Conversations, recommends the Church adopt a “fresh tone of welcome and support” for same-sex attracted members, and through “rebuke and affirmation” purge any homophobic attitudes toward same-sex relationships.

But it also reaffirms the canon law stating that marriage is “the lifelong union of one man and one woman”, suggesting that any attempts to alter doctrine on the matter would affect the relationship between the Church of England and the wider Anglian Communion, Church Times has reported.

Tension between historic teaching and LGBT members
At a press briefing, the Bishop of Norwich, the Rt Revd Graham James, who will present the report in mid-February, said: “Society was in a very different space only 25 years ago. The Church has got to sustain some fidelity to its historic teaching while also recognising that it seeks to affirm all its lesbian and gay members. That is the tension.”

He added: “We are mindful of the unity of the Church, which is not an insignificant consideration. For the Church of England to change its understanding of the doctrine of marriage when the overwhelming majority of Churches have not done so would need a very compelling theological case — for the moment the House of Bishops is not clear that that is the truth.”

The report further recommends that the Church issue a detailed teaching document offering guidance to the clergy on both same-sex relationships and marriage.

“There is much less disobedience than people imagine,” Bishop James said. “There is some variety of practice, and that is one of the reasons that we want to address this issue and give better and more consistent advice.”

However, he warned that “thoughtful Anglicans” might be “disappointed” and “concerned”, over proposals to “allow ‘maximum freedom’ within existing law and guidelines”.

“Their fear is that this might result in a wide range of church activities and practices which effectively undermine the Church’s doctrine,” he said, adding: “The absence of proposals to tackle issues of discipline heighten these concerns.

Working together to avoid division
The church must now “work together […] within the parameters of the Church’s doctrine,” he warned, adding: “If it does not, the effect will be fundamentally divisive.”

The report was also welcomed by Ed Shaw, pastor of Emmanuel City Centre in Bristol, and a member of the General Synod, who, as a same sex attracted Christian, wants to see the church uphold current teaching on sexuality.

He said: “I need to thank the vast majority of the Church of England’s leadership for not abandoning me in my commitment to live a rich single life as a same-sex attracted child of God — as they, and Jesus, have consistently called me to. I am delighted to be able to continue to do this in the Church into which I was baptised, confirmed and now serve as a lay pastor and General Synod member.”