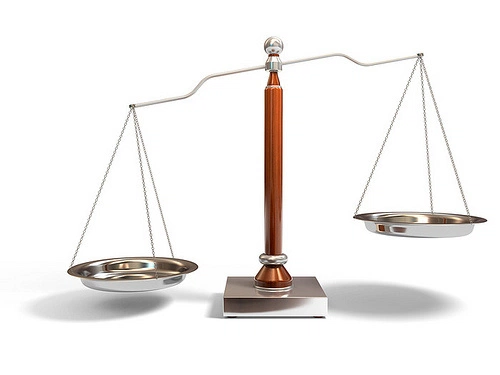 Guidelines on what churches can do about religious freedom threat now

It seems extremely doubtful whether legislation proposed by the Commission for the Promotion and Protection of the Rights of Cultural, Religious and Linguistic Communities (CRL Commission) to regulate religion in South Africa will see the light of day, says SA Catholic Bishops Conference Parliamentary Liaison Committee research co-ordinator Mike Pothier.

While the commission’s aims to curb commercialisation of religion and abuse of people’s religious rights may be laudable in some respects their recommendations and proposed laws would severely limit constitutionally protected rights to freedom of religion and association and would probably be rejected on proper legal scrutiny, he says in a briefing paper. (See the full briefing paper here),

He notes that while the issue of commercialisation and abuse of religion is real — such as in cases of congregants being made to eat grass or snakes — it has not been shown to be particularly widespread, or to constitute the kind of major social problem that might justify the effective suspension of two fundamental constitutional rights.

“Even if the SALRC recommends legislation along these lines, it would be up to government to table it, and it is questionable whether there is any appetite for that in the governing party,” he says.

“Overall, while the report mentions a few disturbing examples of fraud and exploitation in the name of religion, it fails to establish that our society is suffering from a particularly serious problem in this regard. The isolated examples it mentions do not seem to justify the exceptionally intrusive and directive nature of the remedies the report proposes.

“The report also neglects to explain why a cumbersome, impractical, and intrusive system of councils, committees and ‘umbrella organisations’ is needed when plenty of ordinary legal mechanisms already exist to tackle the issues it is worried about,” he concludes.

The Commission originally gave a deadline for public comment on the report by November 18 2016 but following a request by Religious Freedom SA (FOR SA) on behalf of more than 50 religious bodies, the deadline for comment has been extended to February 27 2017. FOR SA has requested a further extension until June 1 since the offices of many religious institutions close over the December / January holiday period, and many only have their annual general meetings in April 2017.

Response guidelines
Africa Christian Action has published the following broad guidelines by FOR SA on their recommended approach to response to the CRL report:

1) We agree that there are real problems / abuses taking place in the name of faith;
2) We share the CRL’s concerns, and appreciate their efforts in investigating this issue and wanting to do something about it;
3) The answer to the actual problems identified by the CRL in their Report, is not regulation however. Why not?
a. The proposed regulation will make serious inroads on the right to religious freedom and freedom of association, and are in fact unconstitutional;
b. It will give too much power to the State, thereby opening the door to potential abuse of political power;
c. It is unnecessary (as all the problems identified by the CRL in their Report, can be addressed through enforcement of existing laws);
d. Regulation will not solve the actual problems identified by the CRL in their Report (i.e. is ineffective); and
e. Practically, and given in particular the diverse nature of the faith community in SA, the proposed regulation is unworkable.
4) In the circumstances, and as an ALTERNATIVE proposal for the actual problems identified in the Report, we propose:
a. That existing legislation be implemented / enforced, where unlawful / criminal activities take place in the name of faith;
b. That, where necessary, existing law be supplemented or improved (rather than creating a new law, requiring additional resource and capacity. This, when the State is finding it difficult enough to implement and enforce the existing legislation!).

FOR SA says it would be helpful from a strategic point of view, if each individual church, denomination or religious institution were to, at this stage, send a brief e-mail / letter to the CRL Rights Commission:
a) Thanking them for the extension (at least until 28 February, but request a further extension to allow for proper consultation and input); and
b) Stating simply that your institution will be submitting comments on the Report, including proposals dealing with the problems identified by the Commission in their Report.

If you or your institution/group has already prepared any comments on/response to the Eeport, you are also welcome to send FORSA a copy: legal@forsa.org.za.

Up to date information on responding to the CRL Commission’s religious regulation proposals (and other religious freedom issues such as the Hate Speech Bill) can be found on FOR SA’s website at http://forsa.org.za/