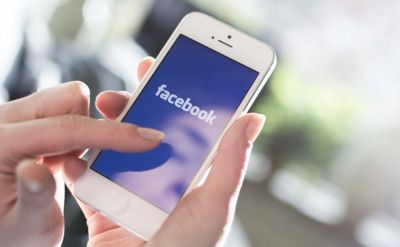 Facebook suffered a financial hit yesterday with more forecasted for the future, amid lingering fears about user privacy and an ongoing scandal over alleged political discrimination and censorship on the world’s largest social media platform.

The company’s second-quarter earnings fell short of Wall Street’s expectations Wednesday, Yahoo Finance reports, with disappointing active user growth. Facebook’s stock was down 24% in after-hours trading on Wednesday and down 18$ in early trading on Thursday.

“For the second quarter, the social network reported earnings-per-share of $1.74 on revenues of $13.23 billion, as well as 2.23 billion monthly active users,” Yahoo’s J.P. Mangalindan writes. “Analysts were generally expecting earnings-per-share of $1.72 on revenues of $13.3 billion. They were also expecting 2.25 billion monthly active users for the quarter.”

Facebook chief financial officer Dave Wehner warned that revenue growth would continue to decelerate in the third and fourth quarters of 2018 as well, though founder and CEO Mark Zuckerberg attempted to highlight a silver lining by noting that the Facebook-owned Instagram continues to perform well, as a “story of great innovation and product execution.” He also noted that approximately 2.5 billion people use at least one app owned by the company (which also includes WhatsApp and Messenger) every day.

Wednesday’s report is particularly significant as it follows the first full quarter after the Cambridge Analytica scandal, which revealed as many as 87 million Facebook users’ personal data had been harvested by a third party. It also follows an ongoing controversy over improper suppression of conservative content.

Several former Facebook employees admitted in 2016 that the platform “routinely” manipulated its trending news feature to exclude topics of interest to conservatives. Multiple analyses have found that Facebook’s algorithm changes instituted at the beginning of the year have disproportionately impacted conservative politicians and websites.

The social media giant has been forced to apologize for numerous instances of improperly flagging conservative or Christian content as “hateful” or otherwise inappropriate. It has also come under fire for letting left-wing organizations like PolitiFact and the Southern Poverty Law Center influence its “fact-checking” and “hate speech” policies.

Most recently, the company admitted that it suppresses the reach of content from pages it deems guilty of spreading “fake news.” Facebook has promised an internal review of its policies to weed out bias, but conservatives remain skeptical that it will truly solve the problem.