[notice]It is 8 weeks to the launch of the 2011 Global Leadership Summit (GLS) in South Africa. Today we profile the fifth in our weekly series of profiles of the 12 expert speakers who will challenge and inspire summit delegates around the world with the end goal of empowering local churches to transform communities. The first GLS events in South Africa this year will be in Port Elizabeth and Pretoria on October 7 and 8.[/notice] 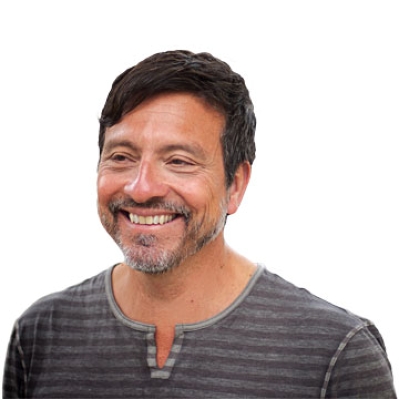 He leads a complex, multi-campus church, yet convention, programs, and structures repel him. Erwin McManus remains unencumbered by the human creations that can crowd out the essence of the Spirit’s work in the world. “Don’t do evangelism,” he says. “Live Christ.” McManus purposefully immerses himself in the culture around him—the fashion and entertainment industry of Los Angeles. It’s been as normative for him to start a clothing line and produce a hit Super Bowl commercial as it has been for him to teach at Mosaic on Sunday mornings. McManus imparts to his listeners a holistic perspective of ministry that compels integration and action—and leaves “doing church” in the dust.

The GLS was started by Bill Hybels, Senior Pastor of Willow Creek Church, Illinois, USA in 1995 as an annual training event for church, ministry and other leaders to sharpen their skills. The Summit telecasts LIVE from the campus of Willow Creek Community Church near Chicago reaching more than 185 premier host sites across the United States. In the months following, the Summit moves into more than 200 cities in 70+ countries across the globe, via videocast.