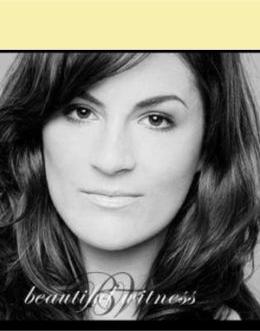 good news of Jesus Christ with passion and power. A former student of the Bethel School of Supernatural Ministry in Redding, California, she radiates a contagious love for Jesus and a heart for the lost. But it wasn’t always that way. In what she calls ‘a snippet’ of her testimony she shares how Jesus changed her life forever.[/notice]

I looked up at about 25 ex prostitutes sitting in front of me.

I had been on a mission trip to Kenya, invited to speak in Uganda and on the way back missed my flight to South Africa whilst in transit in Rwanda. So when I arrived in Rwanda I slipped out of transit to meet my friend Hope, who I met during the world cup in Cape Town in 2010, for a quick drink. As we were about to sit down after greeting  I checked the time — my plane had already left.

I hadn’t realised that my previous flight had been so delayed that there was no transit time anymore. That gave me 24 hours until the next flight out. So my friend and I got onto motorbike taxis to go to her house where I was now to stay the night.

As we left the airport I spoke to Pappa God: “God was I disobedient? Sorry if I missed it.” 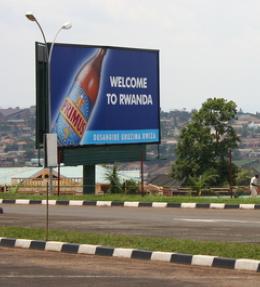 I looked up, and written on a huge billboard I read :”We have been expecting to see you”. A supernatural peace came over me. I lifted my eyes even further – “Welcome to Rwanda”. I knew in that moment that I was in the right place .

Hope has a ministry to prostitutes and their kids. The prostitution came as a result of the genocide a few years before; having lost their parents, surviving in this manner.

Hope asked if I wanted to go meet some of the ladies — Of course!
The next day, the translator joined us and we went into the villages in the hills. My heart went out to the women there and I started sharing the love of Jesus. I had the honor of leading two prostitutes to the Lord and God spoke to me about sharing about the importance of water baptism. Before I knew it we were baptising four women in Hope’s bath back at the house! Friday also happened to be the day that the ladies came for Bible study.

One day, as a young Christian in Cape Town I fell on my knees before God.

Entangled
“I’ve come to say goodbye. I just can’t do this.” — I was entangled in a web of reoccurring sexual sin. It felt like the more I tried to fix myself and put boundaries in place to try and prevent me from ending up in another man’s arms the worse it was when once again I messed up. Even though a year or more had gone by without me even holding someone’s hand I felt ashamed. As I uttered these words in absolute desperation  I saw an open vision. Right in front of me heaven opened and I saw the Father on His throne. He pulled me on His lap and tenderly said :”If only you knew how much I love you.” — And it was this love that kept me from running. Instead of running from Him, I ran to Him and still do.

Whilst the motorbike taxi was waiting outside the house to take me to the airport to catch my flight I shared my experience — the love of the Father — and prayed for them and them for me.

Perfect love casts out all fear. And this perfect love has sent me on many adventures around the world.

In 2007 I was at a Reinhard Bonnke conference in Johannesburg. “If you have been called to evangelism, come to the front”

At this point I didn’t feel called to anything. I was just holding on, hoping I wouldn’t backslide again or that God would not get tired of me and give up on me.

Also this was still a time where people didn’t all rush to the front hungry for any prayer , but rather watched to see if the senior pastor might go, for surely he is the man of God and not I.

But before I knew it I jumped out of my chair and ran to the front. There I stood totally embarrassed next to about 20 other people — leaders — before hundreds perhaps thousands. Reinhard prayed and that was it.

Boldness
To my surprise, however, about a week later, back home, I went to visit a club owner at his club to wish him a happy birthday. We knew each other well — too well. He knew me at my worst. He knew I had given my life to God and that my life had started to dramatically change. As we sat in his office we started talking about God and he started debating His existence. Suddenly a boldness came over me that I had never experienced before and without even thinking, words came streaming from my mouth and I strongly told him to be quiet.

He started to cry as the presence of God flooded the room.

Afterwards I said to God: “God I would never have said that; he has a big club, a 21 year old model girlfriend , he is rich , drives a convertible. How can I tell him he has no joy?”

This was the first of many such experiences where God taught me through my own words. There are so many different encounters I have had with God that has brought me to be as in love with God as I am today.
I will share a few. 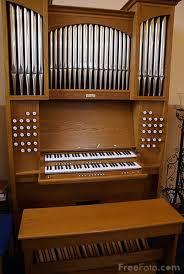 Growing up I went to church with my mom and brother. It was a very traditional Afrikaans church. Despite the beautiful building I found it absent of God’s manifest presence. If it wasn’t real I didn’t want it. I’m still like this today. This is where I decided religion wasn’t for me. I might as well be part of any religion, anyway. I didn’t want to believe in Christ just because I grew up in a Christian home with a bible next to my bed.

At the beginning of high school I met some girls who invited me with to youth. A fun outing on a Friday night with a short message afterwards. I really liked all the people and the activities and the really hot youth leader was what really motivated me to come regularly. Then one day they invited me to church. I liked the people and it was walking distance from my house so I decided to join them.

But I was not prepared for what was to take place that day.

I found something I was always looking for and didn’t even know it.

Running away
But unfortunately my experience lacked revelation and as soon as the paw paw hit the fan I ran away from God. At the age of 15 I got date raped by my boyfriend. I remember thinking “God will never take me back now.”
And I started to run. I ran into the arms of every man that would take me.

I had barely any relationship with my own dad. He was never home, working ridiculous hours and when I was at a very young age my parents separated and our already barely there relationship started to vanish. I was looking for love and acceptance. Someone who would tell me that I’m wanted, that I am beautiful. 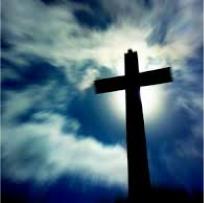 And all that time as I was running He was running after me. I remember hearing a still small voice on a roof one time I was there taking drugs making out with a guy.

“Why are you doing this? You know it’s hurting you.”

But He was and He didn’t give up on me.

He kept pursuing me despite my hardened, fearful heart. I knew that what I had experienced in my first year of high school was what I longed for and I even tried to fix myself, as previously mentioned. But finally I realised that I simply had to “Come as I am”

One morning, whilst at university, I woke up next to my very successful, handsome boyfriend at the time. “What are we doing?” I asked. He had no idea what I was talking about, but I continued “I’m going to give my life to Jesus.”
Without another word he took me to my hostel.

That Sunday I went to a church I’d heard of to surrender my life to God. I remember saying to God: ” I’m scared I’m the only cool person there,” and as I walked into the DF Malan Auditorium in Stellenbosch, with more than a thousand people present, the first people I saw were the hottest most popular brothers who used to be at school with me. That fear vanished.

Surrender
Most importantly was that as I stepped into the building I felt exactly what I had felt all those years ago in that small church — God. His manifest presence. I don’t remember a word of the sermon, but I remember crying the whole way through. The fur collar on my pink tweed jacket was completely curled from all the tears. Strangers were passing me their tissues. And then the altar call was made. I can still hear it: ” There are some of you here that need to give your lives to God for the first time,” — many people went forward. But in my head I thought, I have previously given my heart to the Lord. But there was a second call which seemed to be made just for me: “And then there are some of you who have turned your backs on God.” Tears streaming down my cheeks, chin and neck I made my way to the front. Absolute surrender.

As a drama student swearing was the norm. Every second word that came from my mouth was poison — words I can not repeat. As I stood in the front that day I remember being concerned about my swearing habit. But He took it in that very moment. I didn’t even have to try to stop. Hallelujah! 2005.

Two years later a girl came up to me as I was serving in the kitchen feeding volunteers before an Angus Buchan conference in Newlands, Cape Town. We used to be in the same hostel in Stellenbosch. She told me that her room mate had me on her 5-people-to-pray-for-salvation-list stuck to her wall, but when she saw my name she said she thought that it would never happen. I used to be the girl that came home drunk with my heels in hand when the sun was already coming out, as others were already leaving for class.”The day you got saved I knew anyone could get saved”.

And this I know. All people have a desire for the Kingdom of Heaven. God said so in the bible. And it is true.

He has given me beauty for ashes and called me His. Now I travel the world preaching this Good News.

With much love
a daughter of God
A Beautiful Witness
Lindy-Ann.