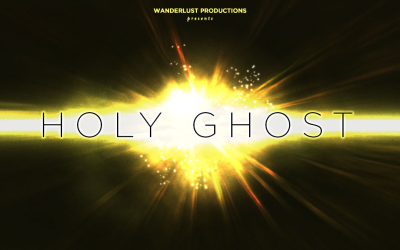 Holy Ghost, the next documentary feature film to be made by Darren Wilson (Finger Of God, Furious Love, Father Of Lights) this week became the most-funded Christian film to date on the popular Kickstarter crowd funding platform, where 2 356 backers have contributed $356 655.

Wilson who has just started pre-production on the film which he hopes to release in June next year, says he is “blown away” by the funding support which far exceeded his expectations. He ventured into film-making in 2006 when he started Finger Of God without a script or a budget.

Surpise inspiration of film
In a video message to backers, Wilson confides that Holy Ghost was not initially going to be his next film. After the successful trilogy, which explores the reality of miracles and the nature and character of God, he had thought he was finished with that kind of film. He had intended for his next film to be ‘The Rise and Fall of God’s Elect’ — about fallen leaders in the church.

But at a Jesus Culture event in New York in 2012, as he listened to a speaker, Pastor Bill Johnson of Bethel Church, he “went sorta weird and felt like I was going to blackout” when Johnson spoke of the Holy Spirit. This was an unusual experience for him and made him start wondering whether he was supposed to make a movie about the Holy Spirit. He spoke about it to Johnson, who said his whole body got chills and he thought maybe Wilson was supposed to make that movie.

Later, after he had prayed about it, God clearly confirmed that he not only wanted him to make the movie Holy Ghost, but he wanted it to be his next movie. The movie will ask and seek to answer questions about the third member of the trilogy — the Holy Spirit. He says the movie will be different to the other three, because he has personally moved on in his relationship with the Lord since then. But like the others it will involve travel to various parts of the world and like the others its success will depend on God showing up!