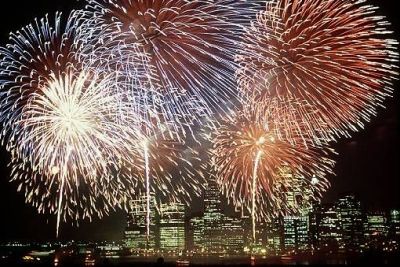 On January 1st this year, multiplied millions of kisses were planted on unlikely cheeks as we all wished one another a happy New Year. But in the other cheek, we had our tongue. To kiss someone with your tongue in your cheek and at the same time wish them a happy New Year would seem a feat more befitting a contortionist than ordinary folk like us. Yet I submit that this is a feat most of the world perform annually. For we know that happy new years are as elusive as clutching the morning mist. So we either wish people a happy New Year thoughtlessly and glibly, or else we try to be genuine about it but keep our tongues in our cheeks!

Take 2017 as an example. It opened with the traditional festivities, good wishes, hopes and resolutions. Most Presidents and Prime Ministers probably felt their countries were going to plod along happily and they probably said on television or radio, “This is going to be a better year”. I wonder if they really did believe it.

Anyway, whether they believed it or not, events this year have taken their own unpredictable courses. Europe and Britain looked reasonably ok but then Brexit came along. President Hollande thought he would win the election, but then Mr Macron came to town. Mrs Merkel thought she would walk the German elections but only just squeaked in. President Trump thought he would “make America great again” in two months but now the world wonders more than ever if America will ever be great again! Mr Mugabe was quite sure he would live his life out in the Presidency, and that’s why he fired Mr Mnangagwa, but now Mr Mnangagwa is President and Mr Mugabe is Africa’s biggest has-been. In South Africa we were sure that things couldn’t get any worse, but Mr Zuma has insured that they did!

So much for the leaders. What of the led? Everywhere the man in the street was hit with considerable cost of living spirals, absurd, through the roof fuel costs, plus daily newspaper and radio reports bringing word of terrorists, violence, hi-jacking, unemployment, famine, racial antagonism and international confusion. Countries like our own increasingly have an apocalyptic feel about them and the whole thing adds up to a picture of almost unrelieved gloom about our planet and where it is headed.

In the light of all this, how can one possibly write on how to have a happy new year? The answer is that one can, provided the happiness one has is not based on the external circumstances of the world around us. Our happiness, our peace and our security must be within. And our true hope must be beyond the temporal and transient in the eternal. Our ultimate life and loyalty must be discovered in God Himself and in the Lord Jesus who is the same yesterday and today and for ever (Hebrews 13:8). Says the hymn “Change and decay in all around I see, O Thou, who changest not, abide with me.”

Beyond the internal peace Christians can know in Christ, there is also the objective, external fact which we hold onto that our God is sovereign over history. He is the one in charge. He is at the beginning of history and He will be at the end of history. Thus John the Apostle reports in the book of Revelation, ‘I am the Alpha and the Omega’ (ie the beginning and the end), says the Lord, ‘who is and who was and who is to come, the Almighty’ (1:8). Beyond that, if our Jesus is in charge of the beginning and the end of history, it also means, and what a comfort this is, that He is in charge of everything in between. That means the times we are living in with all their tumultuous happenings. This means we can rest in peace, experience happiness and serve creatively to help make a difference in all the pain and sufferings of the world.

This is not to call for an ‘other-worldly’ escapism, but simply to insist that the ultimate meaning to life and history lies in that which transcends life and history. Indeed the Christian’s hope is set on a God who is also sovereign over history. Not only did He invade history in Jesus Christ, but He will consummate history in Jesus’ Second Advent. The struggles of people and nations, their rise and fall, their failures and follies will not defeat the purposes of our God. Indeed in the home-straight of history, when wars, violence, persecution, moral collapse, famine and natural convulsions will all contribute to human despair and confusion, Jesus’ Word comes even then to the Christian: See that you are not alarmed for this must take place (Matthew 24:6).

With one’s soul thus anchored in the peace, power, provision, and purposes of God, is it any wonder the Christian rejoices that he can still wish the world a happy New Year — but only in and through Jesus Christ our Lord.