Four consecutive winters of below-average rainfall are taking their toll on the Sea of Galilee — Israel’s main source of fresh water. Mekorot, the nation’s national water authority, expects it to reach the lowest level ever recorded. The coastal aquifers are also at dangerously low levels.

That’s why rain that began just after midnight Tuesday and continued through midday provided some welcome relief to Jerusalemites and others around the country. More is forecasted for the weekend.

Tuesday commuters braved the downpour as they waited for buses and the light rail or wound their way in passenger cars through the heavy morning rush hour.

Despite the inconvenience, secular and religious alike were thankful.

Observant Israelis begin praying for abundant winter rains during the fall festival of Sukkot — the Feast of Tabernacles, usually sometime in October.

The prophet Zechariah writes, Ask the Lord for rain in the time of the latter rain. The Lord will make flashing clouds; He will give them showers of rain, grass in the field for everyone. (Zechariah 10:1)

In this land, described by the psalmist as dry and thirsty, (Psalms 63:1) every shower — however long or strong — is welcome. 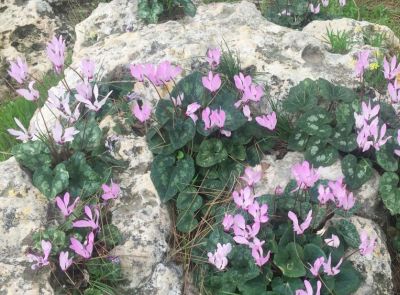 But with water levels already so low at the Kinneret (Sea of Galilee), Israel’s main source of sweet water — officials say it may reach the lowest level ever recorded. The coastal aquifers are also at dangerously low levels.

Mekorot spokesman Uri Schor said if Israel suffers a fifth winter of below-average rainfall, other rivers and streams, such as the Banias in the Golan Heights, will be in danger of drying up, the Times of Israel reported.

Five operating desalination plants convert enough sea water to provide 70% of potable water to homes and municipalities. But the drought is taking a heavy toll on the agriculture sector. This year, farmers will have to make due with 11% less water than last year.

Near the end of December, thousands of Israelis came together to pray for rain at the Western Wall in Jerusalem’s Old City.

But there’s a downside to the desalination plants’ provision.

“The fact [that desalination] came online so quickly is amazing,” the Times quoted Schor as saying, but it’s also created “a small problem.”

“There’s no lack of water at home so people don’t understand what’s happening outside,” he said. “Outside we are in a really serious drought.”

This year, Mekorot has begun a TV and social media campaign to remind Israelis to conserve water. A similar campaign in 2009 made a difference at the time, but it’s easy to slip back into wasteful habits.

Schor admonished every Israeli to use water more efficiently and avoid wasting.

“Water mustn’t be taken for granted,” he said.