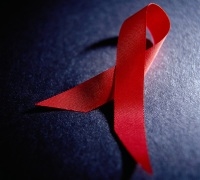 Godly values NGO Heartlines has called on churches and Christian leaders to use World Aids Day on December 1 as an opportunity to get involved in the continuing battle against HIV/AIDS.

With an estimated 5.7 million South African people living with the disease and over 600 000 orphans, it continues to affect the lives of all South Africans. Globally 33,3 million people have HIV, and more than 25 million people between 1981 and 2007 have died from the virus, making it one of the most destructive pandemics in history. World Aids Day, which has been observed internationally since 1988, plays an important role in reminding the public and governments that HIV has not gone away – there is still a vital need to raise money, increase awareness, fight prejudice and improve education.

In a media statement Heartlines says it would like to encourage churches and Christian leaders to use the time before December 1 to “encourage the expression of Christ’s values and reach out to those in need”.

Suggestions for activities on or around World Aids day can be found on Heartlines’ forgood website. Individuals and groups can also join forgood, start their own groups and activities, and invite others to join them in doing good.

Heartlines also offers free, values-based training resources for churches and Christian groups. This material includes DVD resources featuring talks and discussion starter material around relationships, sexuality and HIV/AIDS. The material can be ordered online or by calling the Heartlines call centre on 0861 44 22 88 or emailing Heartlines.