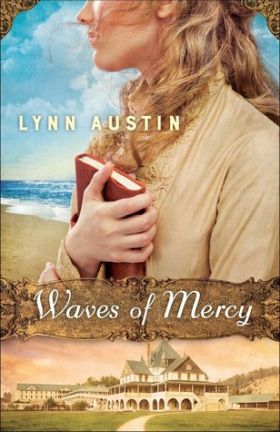 I thoroughly enjoyed reading this novel and have recommended it to a number of friends.

The book has two alternating narratives, both taking part in the 19th century, 50 years apart.

The earlier story is that of Geesje, who together with her family and large church community led by a pastor, make the long and dangerous journey from Holland to create a new life for themselves in Michigan. Religious persecution, together with the potato blight, have made conditions unlivable in Europe and forced this difficult decision. The journey to an unknown land is made all the more difficult for Geesje by the fact that she has recently fallen in love with a young soldier. Hendrick promises that after his time in the army is over he will follow her to America. Will he ever find her?

Fifty years later Anna travels to the area of the earlier settlement and stays for a time with her mother in a lakeside hotel. She needs time away from her home in Chicago — her engagement has recently been called off and she needs time to think. She meets up with a young man who happens to be a neighbour and close friend of Geesje, now an elderly widow.

I particularly enjoyed the fact that this novel was based on historical fact — persecuted Dutch Christians did indeed settle in virgin forest on the Michigan penisula. They established an area called Holland, which still exists today. Some dramatic happenings in the narrative — a devastating fire and a tragic shipwreck on Lake Michigan — did actually happen. Many other dramatic events as well as twists and turns in the plot will keep you turning pages.

The book presents a window into an extremely interesting pioneering era when life was much harder in so many respects than today. It is also a good reminder of the calibre of faithful Christ followers who were among the first settlers in America.