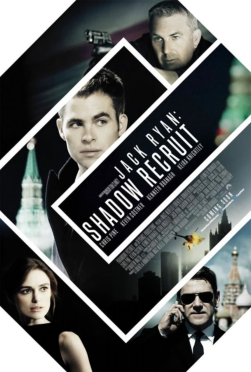 Reading isn’t really my forte, but my dad always recommends reading a Tom Clancy novel. JACK RYAN: SHADOW RECRUIT is an action thriller based on the character crated by bestselling author Tom Clancy and is absolutely worth watching.

This original story follows a young Jack (Chris Pine) as he uncovers a financial terrorist plot. The story follows him from 9/11, through his tour of duty in Afghanistan, which scarred him forever, and into his early days in the Financial Intelligence Unit of the modern CIA where he becomes an analyst, under the guardianship of his handler, Harper (Kevin Costner). When Ryan believes he’s uncovered a Russian plot to collapse the United States economy, he goes from being an analyst to becoming a spy and must fight to save his own life and those of countless others, while also trying to protect the thing that’s more important to him than anything, his relationship with his fiancée Cathy(Keira Knightley).

For more info and ratings please follow the link: http://www.movieguide.org/reviews/jack-ryan.html 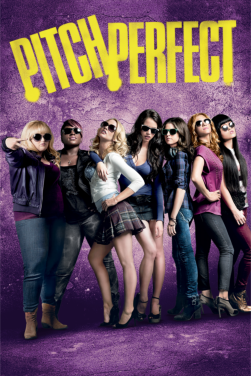 If you enjoy “Glee” you will absolutely love PITCH PERFECT, a lighthearted musical comedy about a first year student urged by her father to join a university club, which leads her to join the all women’s A-Capella team.

The movie has numerous sexual and homosexual references, foul language and a moderate level of nudity. Caution is advised for younger viewers.

For more info and ratings please follow the link:

DEEP IN THE HEART 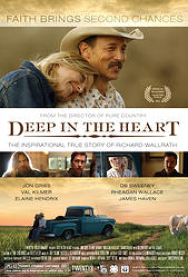 DEEP IN THE HEART is the true Texas story of Richard Wallrath, whose personal demons caused him to hit rock bottom. This is an extremely encouraging movie to all who struggle with or know someone struggling with alcohol addiction.

Dove Review:
You know that Dick Wallrath (played very convincingly by Jon Gries) has a drinking problem when he comes home drunk and soon learns that one of his kids put Kool-Aid in his bourbon bottle. He goes off like lightning and thunder on his wife and kids. He is an abusive husband and father, and during the first half of the film we see him constantly drinking, smoking, getting into a fight, and losing his temper.

Later on, when his wife has left him and the kids become teens and want nothing to do with him he realizes that what his mother told him is true. He needs God in his life. Dick begins attending AA meetings and soon develops a faith in God and he even prays the Serenity Prayer. He also lands a job as a salesman for Champion Windows and finds he has the talent to run his own company.

The film is inspiring, showing Dick slowly begin to reconnect with his children and even finding happiness in the romance department, but the content is graphic and strong including many utterances of strong language, and a few sexual innuendos, not to mention a lot of drinking and smoking scenes. The violence level hits a three in our content rating as well. For these reasons, we cannot award the movie our Dove “Family-Approved” Seal but due to its strong faith message, we believe it qualifies for our Faith-Based Seal, which is specifically for movies with a faith message that contain strong and realistic content. It’s also interesting to note that this film is based on a true story.

For more info, to view the trailer or purchase the DVD online, please follow the link: