Having heard that 12 YEARS A SLAVE is a multi award-winning movie, I decided to go watch it. Usually I don’t enjoy watching movies about slavery, as I’m always very upset afterwards and this movie left me feeling no different, even though it has a happy ending.

Based on an incredible true story of one man’s fight for survival and freedom. In the pre-Civil War United States, Solomon Northup (Chiwetel Ejiofor), a free black man from upstate New York, is abducted and sold into slavery. Facing cruelty as well as unexpected kindnesses, Solomon struggles not only to stay alive, but to retain his dignity. In the twelfth year of his unforgettable odyssey, Solomon’s chance meeting with a Canadian abolitionist (Brad Pitt) forever alters his life.

The movie very vividly portrays an array of aspects slaves in the Southern States of America had to deal with and at times you can’t help close your eyes and ears wondering how humans can be so cruel toward their fellow man. 12 YEARS A SLAVE is a very well produced movie, with outstanding performances and the occasional references to Christian morals, however the brutality, violence, foul language, nudity and a rape scene will upset most viewers.

For more info and ratings please follow the link: http://www.movieguide.org/reviews/12-years-a-slave.html 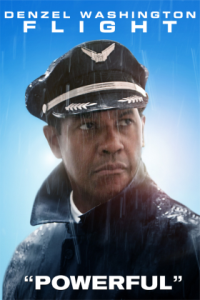 FLIGHT is a movie that excellently portrays what power alcohol and drug addiction can have on people and their decision making in life.

The movie starts Denzel Washington, an airline pilot with a serious substance abuse problem, who heroically manages to save almost all his passengers on his malfunctioning airliner when it crashes, but an investigation into the accident reveals something troubling. FLIGHT has star performances and an excellent storyline ending with a powerful redemptive message, but due to foul language, substance abuse and a graphic nude scene at the very beginning of the movie, I suggest that only adults watch the movie.

For more info and ratings please follow the link: http://www.movieguide.org/reviews/flight.html 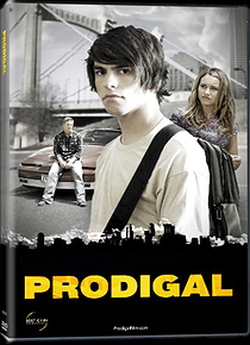 I’m sure you are well aware of the story about the Prodigal Son, now PRODIGAL is a modern version of this story aimed at a teenage audience.

Dove Review:
PRODIGAL is powerful!
In a modern re-telling of the Prodigal Son story from the Bible, this film successfully brings the story into the contemporary age and does so by showing the ugly side of life as well as the beauty of forgiveness.

Pastor Steve loves God and people, and proves it by pastoring a small church which is far from problem free. A woman named Marilyn has been an influential member of the church for years and constantly pries into people’s affairs and in fact, when she first meets Pastor Steve, she tells him his beard needs to go! Pastor Steve suffers from a low salary and yet heavy demands from the church, demands which prevent him from spending as much time as he’d like with his wife and son, Levi. In fact, Levi begins to resent how his family is treated by the church, especially when his dad’s salary is cut for no good reason, just at the time his dad was saving up to buy Levi a car.

Levi is best friends with Tyler, and he dates Tyler’s sister, Abby. However, when his grandfather leaves Levi a large sum of money, Levi and Tyler move out and begin to party and waste the inheritance he received from Grandpa. Abby, a strong Christian, waits and prays for Levi. Levi has lots of “so called” friends hanging around until a tragedy occurs and suddenly his friends all dry up and disappear. Can Levi return to his family and find forgiveness?

This movie focuses on important themes like forgiveness and sowing and reaping, and also on the hardship of ministry. Pastors and their families will certainly enjoy this one as will many other families who enjoy a movie which features hope, no matter how dark the clouds. We highly recommend this film and we are pleased to present it our Dove Seal. This is a movie of hope.

I highly recommend this movie to all parents and youth pastors dealing with teenagers.

For more info, to view the trailer or purchase the DVD online, please follow the link: