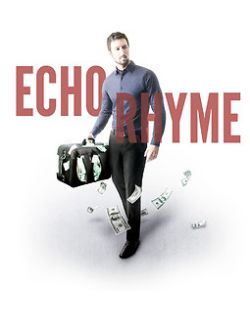 Synopsis:
Based on true biblical events.

Dove Review:
Echo Rhyme is inspired by certain Bible stories and features one man’s journey and search for the truth. Paul, whose father calls him “Frank,” is raised by a father who operates in the criminal underworld. Frank does a “hit” job on a man he later learns something about that shocks him, and a definite irony involves the man who died. The situation is a sacrifice of sorts.

The plot has a lot of twists and turns. Echo Rhyme is a gripping story with solid acting, and it makes a real point as far as the nobility of sacrifice and forgiveness. Due to some graphic scenes featuring a heart surgery, as well as some violence, we are awarding this film our “Faith-Based” Seal, meaning it has a faith message but some objectionable material. In this case, what’s objectionable is the violence. However, the film’s message is worth telling: A certain man becomes a missionary and is completely changed, and this film captures the story very well. — www.dove.org 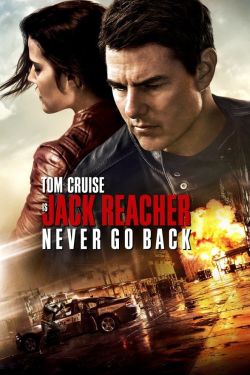 Dove Summary:
Jack Reacher must uncover the truth behind a major government conspiracy in order to clear his name. On the run as a fugitive from the law, Reacher uncovers a potential secret from his past that could change his life forever.

Dove Review:
Jack Reacher: Never Go Back is an action-packed, suspenseful movie starring Tom Cruise in the role of Reacher. He intends to uncover a conspiracy that involved the death of two innocent soldiers, and the besmirching of a lady soldier, Major Turner (Cobie Smulders), who is unjustly arrested. Reacher sets her free and he and Turner team up to unveil the dirty government secrets. However, things become more complicated when he learns a 15-year-old girl named Samantha (Danika Yarosh) may be his daughter, and a villain named The Hunter (Patrick Heusinger), decides that getting to the girl is the best way to get to Jack Reacher.

The movie does a good job of establishing a suspenseful plot, setting up a payoff for the various plot twists involving the conspiracy, a drug cover-up, and whether or not the deadly villain is defeated. In addition, the paternity question of whether or not Reacher is Samantha’s father is answered. It features humour too. After Reacher literally jumps from a building, he is asked if it hurt. “Yes,” he replies simply. Unfortunately, due to strong language and violence, and several sexual innuendos, we are unable to award the film our Dove Seal. — www.dove.org