THE SHACK — Based on the New York Times best-selling novel, The Shack takes us on a father’s uplifting spiritual journey.
For more info visit www.cmdafrica.com

This week in partnership with CMD Entertainment Africa we will give away a copy of the HEROES OF DIRT DVD. To be in the running please share this story on Facebook, or tweet it and email news@gatewaynews.co.za with the subject HEROES OF DIRT and include your name, postal address, email address and cell number. The winner will be drawn on Wednesday May 10. 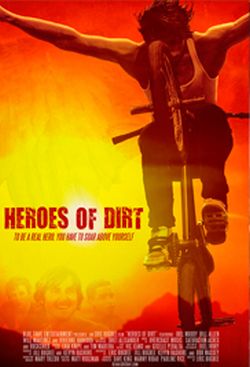 Synopsis:
Passionate BMX dirt jumper Phin Cooper (Joel Moody) wants nothing in life but to attain fame in his sport and get paid for it. After missing out on a competition when he lands in jail for unpaid citations, he is court-ordered for community service and reluctantly mentors one of the toughest boys, Blue Espinosa (Will Martinez). As Phin leads the troubled teen on exciting adventures of riding dirt trails, big jumps and cityscapes, Blue becomes more than an obligation — he becomes an unlikely friend whose secret world of drug trafficking threatens Phin’s ultimate dream.

Dove Review:
Phin dreams of becoming a great BMX dirt jumper and competing in contests, but so far, he hasn’t succeeded. His parents were hoping he’d go to college, which is not something he wants to do. Being selfish and only thinking of himself and not the future, he finds himself in a little trouble and is mandated by the court to do community service at Calvary Youth Centre. Little does he know that this experience is going to change his entire outlook on life.

Heroes of Dirt is a story of a young man, who learns from being a mentor to a young boy, that there is more to life than yourself. This is a fascinating film about bike riders and their stunts, but the real story is about helping young kids stay out of trouble and off the street by getting them involved in sports, which build confidence and hope for a better world.

We recommend this film for older children and encourage parents to have a discussion with them about the consequences of being in gangs and taking drugs and the tragedies that often come with that lifestyle. Watching this film is a great way to encourage kids to get involved in a sport or other positive activity and stay out of trouble. We award this film the Dove Family Approved Seal for ages 12+. — www.dove.org 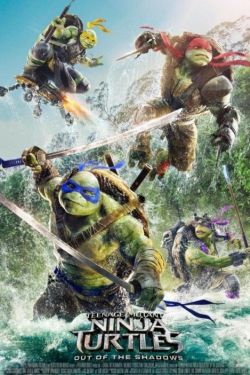 Synopsis:
As Shredder joins forces with mad scientist Baxter Stockman and henchmen Bebop and Rocksteady to take over the world, the Turtles must confront an even greater nemesis: the notorious Krang.

Dove Review:
The Turtles are back to save New York once again from the evil Shredder but this time the evil man has accomplices from prison and a creepy robot character from a portal that wants to take over the world. Teenage Mutant Ninja Turtles Leonardo, Donatello, Raphael and Michelangelo, along with their friends April and Vernon plus a new helper Casey, a guard from the truck that was transporting Shredder, are in for an adventure that they never expected.

The group must come together to save New York from a new threat. This one may be more difficult than the last, because they are not dealing with just Shredder. Plus, there is the factor that the turtles so far cannot be seen in the daytime. There also is a little jealousy going on among the turtle brothers. Can they face this like the Ninja’s they are or must something change?

Just like past Teenage Ninja Mutant Turtles movies, it is good facing evil. But it also is a story of the brothers and the things they face within themselves that highlight the importance of teamwork. This one may be frightening for younger audience plus I must warn the viewers that there is some language. So that being said we award the Dove Family Approved Seal for ages 12+ to Teenage Mutant Ninja Turtles: Out of the Shadows. — www.dove.org