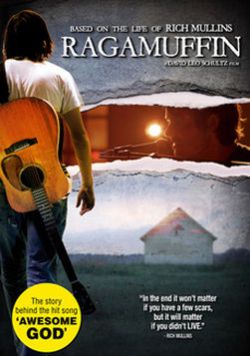 “Ragamuffin” is the true story of Rich Mullins, a prodigy musician who rose to Christian music fame and fortune only to walk away and live on a Navajo reservation. An artistic genius, raised on a tree farm in Indiana by a weathered, callous father, Rich wrestled all of his life with the brokenness and crippling insecurity born of his childhood.
A lover of Jesus and a rebel in the church, Rich refused to let his struggles with alcoholism, addiction, and women tear him away from a God he was determined to love. As he wrestled with success in Nashville, depression in Wichita, and oblivion in the Four Corners, Rich became one of the first of his time to live honestly amidst a culture of religion and conformity. 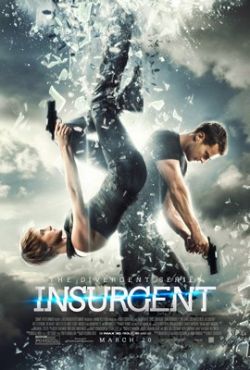 “Insurgent” is an action-packed ride that follows the first film in the “Divergent” series. Tris (Shailene Woodley) and Four (Theo James) are on the run from Jeanine (Kate Winslet), the Erudite elite’s leader. Winslet plays Jeanine with a subtle undercurrent of brewing cruelty. There is a secret box Jeanine wants opened, but so far everyone she has ordered to overcome its mind tricks and frightening images has died. Jeanine believes that a divergent such as Tris can make it happen. She has no clue how powerful Tris really is — but she’s about to find out.
The film features many battle and fighting scenes, and exciting chase scenes such as when Tris, Four and Caleb hop a moving train as they flee for their lives. And romance develops between Tris and Four. The movie features a violent and possibly surprising ending, especially for viewers who don’t know the books well. But therein lies one of the problems in relation to it as a family-friendly film. The violence hits a four rating in our content listing, placing it outside of our Dove “Family-Approved” status, not to mention other strong content in the sex and language categories. Sadly, we can’t place our Dove Seal on “Insurgent.”