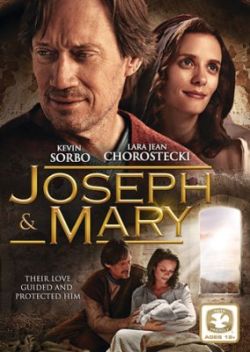 Synopsis:
Joseph and Mary is a biblical drama that follows Elijah, a devout Rabbi, during a time of unrest when King Herod the Great’s slaughter of innocent lives claims the lives of two boys Elijah had sworn to protect. Elijah is determined to avenge their deaths, but when he meets Joseph, Mary, and their young son Jesus, he begins to doubt the beliefs fuelling his revenge. When the time comes to face his lifelong enemy, Elijah finds himself warring within himself on whether to kill or choose forgiveness.

Dove Review:
Joseph and Mary is a unique story about the parents of Jesus: his earthly father and mother. Kevin Sorbo stars as Joseph in the film. The movie blends a fictional story about a rabbi named Elijah who realises Jesus is special, along with the biblical narrative of Jesus’ birth in Bethlehem. This biblical narrative includes the visit of the Magi to Jesus at His birth and the story of the prophetess Anna and a man named Simeon, who get to lay eyes on the Messiah before they die.

The writers take some creative license in this film. Some of that creative license includes the rabbi Elijah, a friend of Joseph and Mary, helping out a widow named Rebekah and her son. When King Herod decrees the death of children two years of age and younger, his decree affects Rebekah in a tragic way. Elijah becomes her husband and Rebekah’s quest for vengeance is difficult for Elijah to deal with, especially when Jesus speaks to him of God’s forgiveness. Both Elijah and Rebekah will receive an opportunity to show forgiveness, and it isn’t easy. Joseph is a major influence on Elijah, in a good way. Due to a few violent scenes that include some blood, we award this film our “Faith-Friendly” Seal for ages 12 and over. — www.dove.org 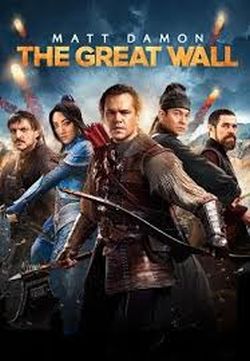 Summary:
The Great Wall stars Matt Damon in a science fiction adventure about a medieval mercenary looking to steal gunpowder from China who gets captured and then becomes a hero by leading the Chinese in a battle against hordes of marauding alien beasts attacking the Great Wall. The Great Wall is ridiculous fun, mixing medieval battle movies, Chinese culture and science fiction into a non-stop action-packed romp, but caution is advised for older children.

Movieguide Review — “Ridiculous Fun”:
The Great Wall starts by showing a small band of rugged, heavily bearded medieval mercenaries led by William (Matt Damon). The mercenaries are in China trying to steal and smuggle out the recent invention of gunpowder. They are hiding in a cave from Chinese forces seeking to punish them when they are attacked suddenly by a shadowy alien creature, and William saves them all by cutting the creature’s arm off, sending it hurtling off a cliff.

The next day, William and one other mercenary ride away to further evade their pursuers, only to run into the Great Wall of China. They find themselves stopped by a hailstorm of arrows shot from the top of the wall by an army of archers. Captured, they are in danger of being put to death by female Commander Lin (Tian Jing), when suddenly thousands of rampaging alien monsters attack. The Chinese soldiers fight off the alien invaders with flaming cannonballs, arrows, swords, spears, and acrobatic diving female soldiers in an impressive battle sequence.

William is cut loose of his prisoner bindings by another Westerner named Ballard (Willem Dafoe), who’s been living at the Wall as a prisoner for 25 years for trying to smuggle gunpowder too. William springs into action, saving numerous soldiers from attack. He shows them how to defeat the beasts: by spearing or shooting arrows into their mouths and thus striking their hearts.

William and his partner are suddenly heroes. The rest of the movie consists of impressive battle sequences and fun banter as the two Westerners and Ballard learn to adapt to the Chinese culture of team thinking and away from their selfish natures in order to survive and win the battle.

The Great Wall is ridiculous fun, mixing medieval battle movies, Chinese culture and science fiction together into a non-stop action-packed romp. It’s nice to see Damon take such a major step in a fun direction, away from his usually serious-minded movies. Also, the culture clash friendship that forms between William and Commander Lin teeters on the edge of romance without ever crossing from friendship.

It’s refreshing to see a woman given full respect in a movie, and not treated as a mere love interest or sex object. This also reflects Chinese culture’s hesitance to show kissing or any romantic or sexual content.

The dialogue is wooden and direct at first, with an overt expository quality that makes the movie seem like it’s going to be worthy of mockery before the first big battle. From there, however, the script loosens up a lot, with frequent funny asides and banter, and a self-aware sense of humour about how ludicrous the situations in the story all are.

While the monsters are vicious, the writers and director have managed to keep everything pitched at a level that older children and teenagers can easily enjoy without being traumatised. Basically, The Great Wall is more like an Indiana Jones movie than anything else.

The movie shows the value of turning away from selfishness and of the admirable quality of sacrificing oneself to save others. There is a positive Christian, moral reference to prayer, combined with some symbolic anti-capitalist moments calling out greed and extolling the collective. There’s also lots of action violence and brief foul language. Overall, however, The Great Wall is an entertaining time at the movies for teenagers and adults, with some caution required. — www.movieguide.org