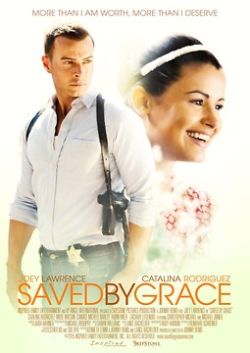 Synopsis:
A retired police officer, despondent over the loss of his family, contemplates a dramatic decision that will change his life forever — until he meets a mysterious woman who, through her personal stories, gives him a reason to re-examine what is most important to him.

DOVE Review:
Saved By Grace is a delightful and touching film to watch! Featuring a realistic story, solid acting, inspiring music, and tight direction, this movie is for the faith market what food is for the hungry. It nourishes and supplies a spiritual need. It deals with the realistic story of a former police officer, named Rick, who lost his wife in a violent shooting. Rick is estranged from his son and bitter at God, when a young woman named Grace comes into his life, and her name soon seems like a perfect fit. Her warm and loving ways, openness and acceptance, and sense of adventure begin to break down the walls that Rick has erected. Joey Lawrence is excellent as Rick, just as Catalina Rodriguez is as Grace.
The film features a few surprises, including what Grace herself has endured in her past and the losses she suffered. The changes that take place in Rick are remarkable. Early in the film, when told God is good, he asks, “Is He?” in a sarcastic tone. The growing bond between Rick and Grace illustrates the story of God’s grace and demonstrates so well what a little love can do to heal the hurts of the past. It also features the story of reconciliation between a father and his son. This film is a must-see! It has earned five Doves, our highest rating. – www.dove.org 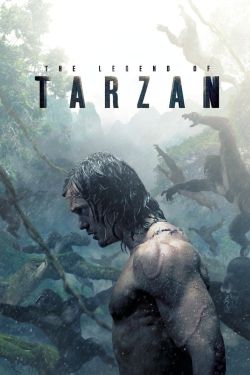 Summary:
Tarzan, having acclimated to life in London, is called back to his former home in the jungle to investigate the activities at a mining encampment.

Dove Review:
The Legend of Tarzan is a very entertaining film featuring battles between gorillas and Tarzan, between tribesman and soldiers, and between Tarzan and the soldiers. Alexander Skarsgård makes a very fit (as in buff) and serious-minded Tarzan. He has to deal with a lot of grim situations, including the kidnapping of his beloved Jane, played by the beautiful Margot Robbie. The main villain, Leon Rom (Christoph Waltz), is promised three Opar diamonds if he is able to bring Tarzan to the chief of an African tribe. He wants to present the diamonds to King Leopold the Second, King of the Belgians, to help fund his depleted government. This act will put Rom in good standing with the king. The chief’s son had killed the female gorilla that raised Tarzan and had become a substitute mother to him when his real mother, Alice, died. Tarzan had, in return, killed the chief’s son, so the chief wants him very badly. He is thirsty for revenge. Rom is the kind of man who will do anything to get what he wants. Waltz portrays a menacing, slow-boiling enemy in his characterization of Rom.

The film features the back-story of Tarzan’s origins and a lot of beautiful scenery. It has a lot of action, too, with Tarzan swinging on the vines of the jungle, running, and fighting a big gorilla that used to be his friend but became upset when Tarzan left for a while to go to civilization and become educated. He claimed his right as heir to his father, Lord Greystoke. In Africa, Tarzan was believed, at first, to be an evil spirit or “ghost in the trees,” but he now is accepted as a legend — Tarzan of the Apes. In fact, the gorillas come to help him when there is an urgent need.

Tarzan goes to Africa to settle things regarding his people, and Jane insists on going with him, which leads to her being kidnapped and Tarzan’s pursuit of the villains to reclaim her. Regrettably, strong language and violence prevent us from awarding the movie our Dove “Family-Approved” Seal. – www.dove.org