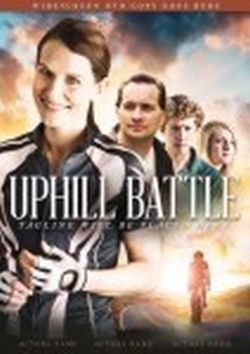 Nothing heals like a miracle The inspiring story of a single mother raising two teens after a harrowing divorce due to her husband’s addiction to pornography and subsequent infidelity. Uphill Battle offers an uplifting message of hope and faith for those who must face stating again.

This is a movie with a message. It shows that anything in life can be overcome by trusting in God and turning it over to Him. Erica Stratton (very well played by Shelby Smith) is a terrific single mother who is devoted to her faith in Christ. She has been through a heart-breaking divorce and in some flashback scenes she remembers her husband’s verbal and physical abuse. But she moves forward and allows herself to go on a date with a Christian man named Michael (Nathan Petty), despite her initial misgivings about getting involved again in a relationship. She will need his support as she soon learns her son, Spencer, is failing in school and not turning in his homework assignments and then, on top of this, she learns he is harbouring a secret addiction.

This movie offers hope to all those who are undergoing struggles. There are several scenes in which we see Erica pray and read her Bible. Due to a few of the intense scenes we are recommending this film for ages twelve plus and we are happy to award it our Dove Seal. Don’t miss this one! –  www.dove.org 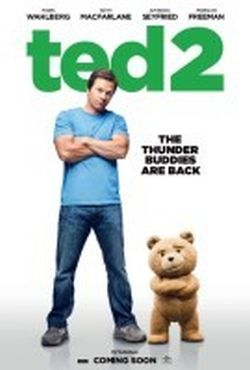 The story for TED 2, a comedy sequel, is about a talking teddy bear named Ted who has to prove his personhood in order to have the right to stay married to his human wife and adopt children. If he can’t prove he’s human, he will be regarded merely as property and even lose his job as a grocery store cashier. Meanwhile, Ted helps his childhood, long-time friend, Johnny, overcome a bad addiction. Also, Johnny starts to fall romantically for Ted’s lawyer.

Created by FAMILY GUY’s Seth MacFarlane, TED 2 uses as much crude humour and foul language as possible. Like the first movie, it also shows marijuana smoking in an excessive, positive light. Surprisingly, however, TED 2 contains some interesting, provocative elements concerning what it means to be human and what it means to have a soul. The movie also extols sacrifice and selfless love. That said, the raunchy material, abundant foul language and marijuana advocacy make TED 2 excessive and unacceptable. Sadly, Seth and the team behind TED 2 stoop much too low and much too often into the gutter.