Recommended for Ages 12 and Over
MOVIE TRAILER & MORE INFO: http://www.cmdafrica.com/uphill-battle

LOVING YOUR NEIGHBOUR CAN BE COMPLICATED. 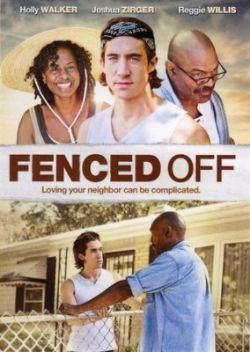 Josh and Anne just moved into their first house. George and Tia live next door. George is retired and ready for life to slow down a little. Josh is a young idealistic social worker ready to be welcomed to the neighbourhood. Much to Tia’s chagrin, George has little interest in giving Josh a warm welcome. What starts off as a day of yard work and random to-dos for the new neighbours turns into a series of misunderstandings and confrontation. Inspired by actual events, Fenced Off explores the reality that loving your neighbour can be complicated.

Dove Review:
This movie makes the point that judging others without having full knowledge can be dangerous as well as wrong. Josh moves into a new neighbourhood and several African Americans live in the area. Some of his friends tease him about moving into the “hood”. Josh and his brother make fun of others by how they dress and act. This leads to a confrontation. An African American named George comes to their aid.

In the end there is reconciliation and Josh learns a few life lessons. We are pleased to award this film our Dove “Family-Approved” Seal for ages twelve plus, due to some tension between races and sophisticated themes. This one offers hope by the movie’s end and makes the point that sometimes help can come from a source that you would not expect. –  www.dove.org 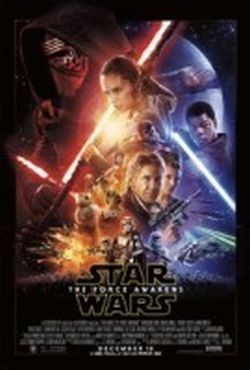 STAR WARS: THE FORCE AWAKENS combines some old familiar faces with some new ones in a story about a hunt for Luke Skywalker, who has disappeared but is desperately needed to train some new Jedi warriors to fight a new threat to the peace of the galaxy. STAR WARS: THE FORCE AWAKENS provides nearly constant, inspiring fun in a new battle of good versus evil, but it’s marred by a little too much New Age paganism and unbiblical monism. Parents please teach your children to be media wise.

A new group of bad guys called the First Order is threatening the new republic. General Leia Organa has sent her best pilot to obtain a map revealing the whereabouts of her brother, Luke Skywalker, who disappeared years ago. The republic needs Luke to train new Jedi knights to save the galaxy. Han Solo and Chewbacca team up with a repentant storm trooper and a female scavenger to get the map to Leia and her resistance fighters.

STAR WARS: THE FORCE AWAKENS is the STAR WARS movie that fans and moviegoers have been longing to see. It’s exciting, emotional and well made, with standout performances by Harrison Ford and newcomer Daisy Ridley. It also has some strong moral content, redemptive moments and pro-family sentiments. However, the movie’s pagan, somewhat mixed worldview contains some New Age mysticism and a renewed rather contradictory, monistic take on the Force and the morality behind it. So, MOVIEGUIDE advises strong or extreme caution for THE FORCE AWAKENS. Parents please teach your children to be media wise. – www.movieguide.org