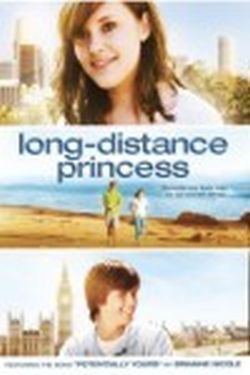 Lisa, a high school sophomore, has been hiding her hopeless crush on Todd, the irresistibly likable junior in her art class. Her life starts to unravel when he asks her to help him get to know the beautiful Ellie, her long-time friend living in England. All the while Cindy, Todd’s ruthless ex, resorts to sinister schemes to stop Lisa and Ellie, so she can win him back, and Todd’s image-conscious friends try to discourage him from befriending the ordinary-looking Lisa.

Dove Review:
Teenagers in school today have many things that bother them, like who likes who, dating, social media, and doing the right thing. “Long-distance Princess” is a charming movie about a young girl that wants to get noticed by one of the football players at her school that is also in her art class. She thinks that because she is ordinary looking he will never give her a chance so by using social media she gets his attention by pretending she is someone else.

Life in school is not easy for any kid whether it is today or what kids faced in the past. Often friendships are made by the way one looks, how one is dressed, the location one lives or the activities one might be in. Little do most teenagers really get to know one another if they are not in their group. This movie tells a story about two teenagers that become more then friends when they get to know each other. It has many lessons about friendships, telling the true and forgiveness.

We award this charming film the Dove “Faith Friendly” Seal for ages 12+. –  www.dove.org 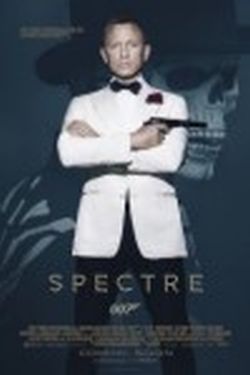 A cryptic message from the past sends James Bond on a rogue mission to Mexico City and eventually Rome, where he meets Lucia, the beautiful and forbidden widow of an infamous criminal. Bond infiltrates a secret meeting and uncovers the existence of the sinister organization known as Spectre. Meanwhile back in London, Max Denbigh, the new head of the Centre of National Security, questions Bond’s actions and challenges the relevance of MI6, led by “M.” Bond covertly enlists Moneypenny and “Q” to help him seek out Madeleine Swann, the daughter of his old nemesis, Mr White, who may hold the clue to untangling the web of Spectre. As the daughter of the assassin, she understands Bond in a way most others cannot. As Bond ventures towards the heart of Spectre, he learns a chilling connection between himself and the enemy he seeks.

Dove Review:
“Spectre” is a fast-paced ride for much of the movie. You want action? Granted! You have action. The problem is that several scenes are contrived. They seem to be placed in the film not because they add to the story, but because they are fun to watch. There are some exceptions to the rule. A well-choreographed fight on a train between Bond (Daniel Craig) and a really big guy takes several minutes and involves chains, punching and kicking, a rope, and an outsized Bond navigating through the fight with quick thinking and some slick moves. The scene relates to some unscrupulous people who want Bond out of the way.

The locations are awe-inspiring, as they feature Rome, Tokyo and Africa. The viewer gets to see the cool Mr. Bond fly a plane, a helicopter, a boat, a fast car, and escape danger time and time again. However, you know, when you see Bond flying the plane on the ground after the wings have come off, that this is entertainment and not to be taken too seriously. Craig gives an excellent performance, and so does Ralph Fiennes as his boss, M; Christoph Waltz as his nemesis; and the beautiful Léa Seydoux as Madeleine Swann, his love interest in the film.

Regrettably, the film contains strong sexuality and language, in addition to violence, and we therefore cannot award it our Dove “Family-Approved” Seal. – www.movieguide.org