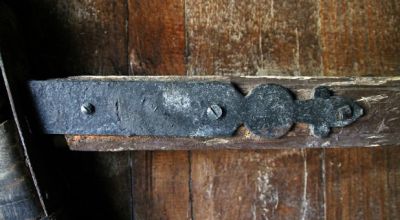 Prophet Cindy Jacobs is on the ground in Germany to celebrate the 500th anniversary of the Protestant Reformation. She took some time to talk with Charisma News about what is going on both in country and the spiritual realm.

What is happening on the ground right now?

It’s very exciting. There’s great anticipation. This word “Reformation” is on people’s lips. You know, to some of the people actually that aren’t Lutheran, they may not catch the significance in some of the cities, but the church people, you know like the young evangelists … they are just on fire for to see their nations reformed.

I say the two words people are saying are “revival” and “reformation.” We need to have revival. And we also need to make sure our societies are reformed. I think that what has started here is going to go around the world this time not as a reformation of the church but a reformation of our nations. It’s so very exciting to see these young people, they’re out on the streets, witnessing. This one “No Limits” group, they have been going out by the hundreds, teenagers going out into the streets and seeing incredible miracles. Fifteen-year-olds are praying for blind people, and their eyes are opening. Just really outstanding miracles. This is very encouraging here in Germany, and it’s going to be a groundswell we believe will happen.

I had prophesied when I was here in Berlin in 2007 that some things were coming, I said: “You need to pray right now because terrorism that will try to come to Germany, Islamification of Germany, the economy will shake.” And of course at that time, there weren’t the Syrian refugees, many people from Iran that have come here and other places. Nor had the 2008 economic crisis struck, so they really take that word seriously, many of the leaders, and they did pray, and what’s exciting is now the economy of Germany is very, very strong. And the churches are really ministering to the refugees that came from the Middle East, different parts of the Middle East, and they’re seeing quite a number of salvations and baptisms, and we know that God is really doing great things.

We hear some reports that refugees are only “converting” to be granted asylum. Is that really the case?

We asked about that today, and what they say is that in order to receive that status, they have to go through three months of discipleship. Even if they think they’re coming just to get a status, after three months of being taught of the Lord, they know for sure they’re saved.

What is the significance of the number 500?

I believe after all that time that it is like a hallmark, it’s like the Lord saying He is ready to bring a massive awakening worldwide. Many times in history are just times of celebration, but I’ve talked to many, many leaders and prophetic voices, as well, around the globe, and their consensus is it’s the hinge of history. There’s a real consensus that even as Martin Luther putting the thesis on the door was not uncommon just for theological debate, but it literally was a shot heard around the world, much to Luther’s surprise and persecution. But now God is going to use many, many to raise up, to change whole governmental structures, and that many, many will be touched in our societies. We’re excited about that, because it must be done. We’re called to make disciples of nations, and we haven’t done a very good job of that.

How are the Protestant Church and Catholic Church reuniting after 500 years?

We know there has been some movement towards that, where I believe, I don’t know when it happened, but I had heard that the pope apologised for what happened with Luther, to the Lutherans. … I was talking to somebody about that today. I believe that we’re in a John 17 movement, and in fact, as I was talking to a lot of leaders today here in Berlin, there’s all these Christian leaders who are just coming around this great event, coming up tomorrow [Tuesday October 31 2017].

I believe we’re going to see the greatest move of working together for world evangelisation we have ever seen to date. There’s a great awakening of nations that will impact not only America, but many, many nations. It’s a harvest of the Lord. It’s pretty remarkable what we’re saying. And also in the Middle East, we’re seeing that, but I believe that Germany as a team is going to bring great change to the church and German oaks are going to be set on fire. They call themselves the German oaks, they’re going to be set on fire for the Lord in a great way, and in many ways impact the whole earth just like Luther did. [And lead the world] back to the Word of God, back to the biblical worldview, and it’s going to shake young and old.

What spiritual battles are happening in Germany between secularists and believers?

We know that it seems like Sharia laws are getting more and more accepted and the pluralism even here in Germany, it’s said that Islam is just the same as any other denomination, which we know is not true. And the people are greatly concerned about that.

I can really see in many ways, I’m not saying people that believe that are the antichrist, but it is a spirit of antichrist that’s trying to come across the earth. … There’s going to be great persecution for us who say that Jesus is the only way. And of course we’re seeing that in America as well, but I believe that the Bible says every knee shall bow. And I believe that we have just begun to see the awakening, the revival.

We’ve all read about revival, we’ve seen some awakening, we’ve seen some historical moves of God. I’ve been privileged to be part of it in different nations, but nothing like what we’re getting ready to see. I believe the greatest generation of young people are rising up that are going to be on fire for the Lord.

There’s been a movement here called the “Holy Revolutionaries”, and they just have gone out to the streets and prayed and prayerwalking. We see some things that are greatly disturbing in Europe, but in the middle of that, there’s many reformers rising up. There’s all these reformation movements happening.

What are you sensing in your spirit about this event?

I remember when God gave me a prophecy that Saddam Hussein would not only be taken out of office, the cup of judgment was full for him, but he would be brought before a war crimes tribunal, and he would be executed. I pray he’s saved, I mean we want Kim Jong Un to be saved, but it happened. Kim Jong Un is not going to be able to stay. It’s his time for God to judge him, and he will be pulled down. It’s a great time of shaking, and tomorrow is a demarcation day for that.

… Expect a great acceleration of the gospel, a great shaking, even in 2018, great contrast, light and dark, we’re going to see it. We will protest against the enemy in a great way in 2018. The Lord told me that there is going to be a movement that is going to happen where prodigals start coming home. We’re going to see the power of the Holy Spirit pour out. We’ve just seen a trickle of miracles, but we’re getting ready to see what we have just dreamed.

I have a vision of God’s hand on the switch in heaven, of this great move of God, and tomorrow’s going to be one of those where he pulls the switch, and we’re going to start seeing here and there and all over the U.S. and different places as well, in our schools, we’re going to start seeing a mighty, mighty flowing of the power of God in unusual places. It’s a time of clashing of kingdoms, but it’s a time of great, great victory and awakening.