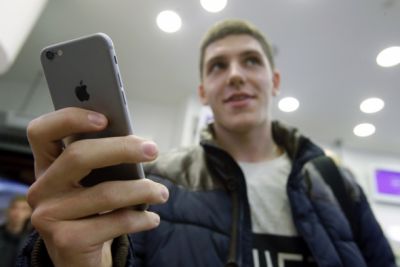 A generational divide exists between teens and adults on not only pornography usage but also attitudes about it, and the church cannot afford to ignore the widening gap, says Barna Group editor-in-chief Roxanne Stone.

Influence of pop culture
Pop culture has contributed to this lackadaisical attitude toward nudity, Stone wrote.

“They’ve seen this behaviour — this sort of self-pornification — rewarded when their celebrity icons have done it,” she wrote. “Look at Kim Kardashian who basically broke Instagram with her recent nude photos. Young people have come of age in an increasingly pornified American culture that encourages and rewards the pornographic impulse. Just visit the home page for Instagram — these are not fun, life shots. These are seductive images meant to market oneself.”

A total of 62% of “teens and young adults say they have received a nude image — generally from a boyfriend or girlfriend,” Stone said, quoting Barna research. Additionally, 40% have sent a nude image.

Men, she added, often are the initiators.

“They are the ones asking for the pictures. They are also the ones often sending the pictures. However, not all guys are engaging in this. There are plenty of men who aren’t asking for or sending nude photos,” Stone wrote. “They are choosing not to do this and so they are, primarily, immune to the phenomenon.

“Girls, on the other hand, are indiscriminately targeted,” Stone continued. “They may not initiate, but they will inevitably be forced to respond to a request for a photo or to a photo showing up in their text. Whether they want to engage or not, women will experience this reality.”

Such behaviour is damaging, she said, noting that girls often think, “If I want him to like me, I have to do this. All the other girls would do this.”