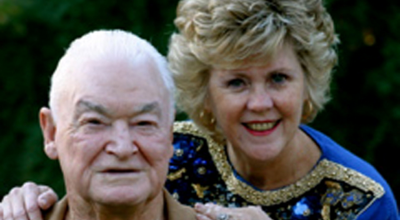 Bob Jones, who operated in prophetic ministry for more than four decades, wen home to be with the Lord on Valentine’s Day (Friday, February 14, 2014).

“Bob passed away at 6:22 this morning, peacefully and smiling,” says Rick Joyner, founder and executive director of MorningStar Ministries in an announcement on Friday. “Bob was known around the world for his prophetic gift, but he was also the greatest lover of God and people that I ever knew. It seems fitting that he would pass on a day that celebrates love.”

According to Jones’ website, when he was only 7 years old and walking on a dirt road in Arkansas, the archangel Gabriel appeared to him on a white horse and blew a double silver trumpet in his face.

“[Gabriel] then threw an old bull skin mantle at Bob’s feet. Although fearful at the time he ran, however, many years later he returned to pick up that old mantle which is that of a Seer Prophet. Bob Jones is known as a contemporary prophet with a great love for the Lord Jesus and His truth. His prophecies have spanned over four decades as the Lord has enabled him to foretell earthquakes, tidal waves, comets, and weather patterns. Like Daniel who functioned at an incredible level, Bob has often told leaders their dreams and experiences, as well as the interpretation,” his bio reads.

“After his death experience in 1975,” the bio continues, “God sent him back to minister to church leadership and reach the multitudes with His love, truth and equipping the saints with understanding of the spiritual gifts. God promised Bob that he would see the beginning of one billion souls coming into the kingdom in one great wave of the end time harvest. Bob moves with a clear revelatory gifting, accompanied by gifts of healing and miracles.”

Jones is survived by his wife, Bonnie.