Some time ago I was given a crucifix as a gift. The very charming little wooden cross had a bronze casting of the crucified Christ nailed neatly onto it. The image of Jesus was the mediaeval one of the emaciated Christ, head flopped despairingly forward and slightly sideways on His chest. Actually, I was a little embarrassed about the gift, because, you see, I don’t personally like crucifixes. I certainly wonder and glory in the Cross, but I don’t like crucifixes — ie the cross with a Christ on it. The reason is this. He is no longer on the Cross. The Cross is empty. He was taken from the Cross, buried and then He rose again from the dead. Indeed the best symbol of an empty tomb is an empty cross. For He is not there, either on the cross or in the tomb. He is Risen.

And so I took the gift of the crucifix, and with a pair of pliers I plucked out the little nails, removed the bronze figure and threw it away. Then I put the empty Cross on a wall where I could see it. That way I am reminded that the One who endured the Cross for me is alive and well and resurrected and available to me as Lord, Saviour and Friend in April 2017. He is indeed the contemporary Christ. 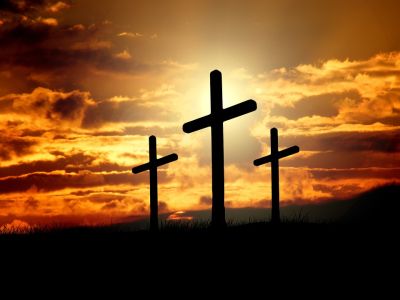 Evidence of the reality of the Resurrection
Over Easter we were all thinking about the Resurrection and in these weeks after Easter I want to keep our attention focused on those monumental weeks which followed the Resurrection. Over Easter we often think about the revolutionised lives of the disciples, and this is certainly a mighty evidence that the Resurrection really happened. It is also instructive to think about all of the other post-Resurrection encounters, all of which constitute other significant evidence to the reality of the Resurrection. After all, just think of Paul’s extraordinary statement in 1 Corinthians 15 that on one occasion upwards of five hundred people saw Jesus alive, the majority of whom, he said, were still alive at this time. To be sure the Apostle would never, ever have made such a claim unless he could produce some of those people as first-hand eye-witnesses.

But there are some other instructive evidences worth thinking about.

Note first of all that the sorts of things included in the post-Resurrection story are not what we would expect from a fabricator. No fabricator would have arranged Jesus’ first resurrection appearance to be to a woman. For in the Jewish culture at that time women did not have a very high or honoured place. Not only that, but no Christian fabricator would have presented the disciples in such a bad light — for the accounts all speak of the reluctance of the men to believe the first reports they heard. They were all “Doubting Thomases” to start with. Also, no fabricator could have resisted including a meeting of Jesus to confound His enemies, including a sensational visit to Pontius Pilate’s office on Monday morning!

And why should He only appear to His friends? It seems to prejudice the whole story. No fabricator would have held back the Resurrection preaching for six weeks after Easter Sunday. He would have had all the preaching and proclaiming going by Monday morning. 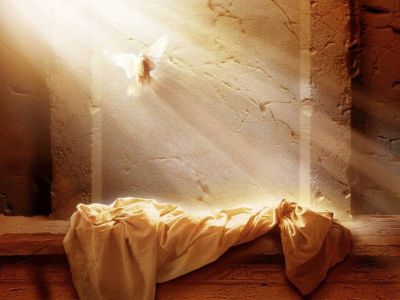 Telling it like it is
So why then are all these awkward elements present in the account? Simply because that is the way history, with all its unpredictability and all its strange turns, unfolded over those weeks. That’s the way it was. And so Biblical writers ‘tell it like it is’, to use the modern jargon, even if the way events unfolded might appear at first blush to prejudice their own story.

To me the whole account has about it a glorious ‘ring of truth’, as J B Phillips says. The little eyewitness touches — the record of natural and understandable emotions — the transforming effects — the inclusion of doubts and questionings — the focus on the Central Figure. It all adds up to an overwhelming impression of accuracy. And the motive for putting it all down in writing, says John, is that you may believe that Jesus is the Christ, the Son of God, and that believing you may have LIFE in His Name (John 20:31).

And if this happens widely enough among millions of individuals, even the nation itself can be resurrected.