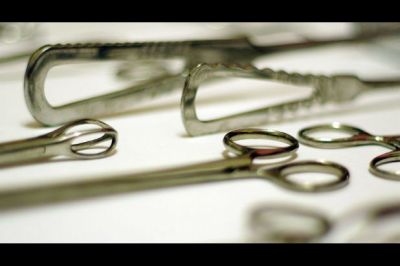 A new four-minute viral video is causing over a third — 34% — of “pro-choice” women surveyed to view abortion “less favourably.” And 28% of pro-choice women who watched the video stated there should be more restrictions on abortion.

The women watched the D&E Abortion Procedures video, part of Live Action’s new “Abortion Procedures” video series, which features an OB/GYN and former abortionist using medically accurate animations to give viewers a window into the womb during an abortion and show how developed a baby is during the procedure. The videos were produced in conjunction with a team of OB/GYNs, former abortionists and other physicians and have been viewed over 42 million times to become the most-watched pro-life videos in history.

Live Action conducted an online video survey of 502 women ages 18-30 through independent polling company Survey Monkey, then analysed the responses of a subgroup of 208 women who self-identified as “pro-choice” and watched the video. The results are below.

Keeping women in the dark
“Abortionists have worked for decades to keep women in the dark about how developed their preborn children in the womb are and what abortion procedures actually entail for both the mother and the child,” said Lila Rose, president and founder of Live Action. “The more people learn about abortion, the more they see how barbaric and inhumane it is — whether the abortion is committed by depriving a preborn child of nutrients for days until she dies, or by ripping her limbs apart while she’s still alive, or by injecting her with a drug to induce cardiac arrest.”

Almost half of the pro-choice women polled — 46% — felt that the medical animations should be shown to high school sex education classes, and 39% felt that pregnant women considering abortion should watch them.

“Pro-choice women told us that young people and women considering abortion should have access to these facts about abortion, not just to the pro-abortion spin that seems to dominate media, entertainment and politics today. The internet allows us to spread the truth about abortion faster and farther than ever before, and the fact that these videos have already been viewed over 42 million times to become the most-watched pro-life videos in history proves it,” said Rose.

The Survey
Live Action conducted an online video survey during the weeks of May 9 and 16 that asked 502 women ages 18-30 to watch its D&E Abortion Procedures video and respond to a series of questions. The women were randomly chosen by independent online polling firm Survey Monkey from its universe of women 18-30 who self-identified their political leanings as moderately liberal, slightly liberal, slightly conservative, or neither liberal nor conservative. Of those women who self-identified as “pro-choice,” 208 watched all or most of the video. After watching the video, the 208 pro-choice women were asked: