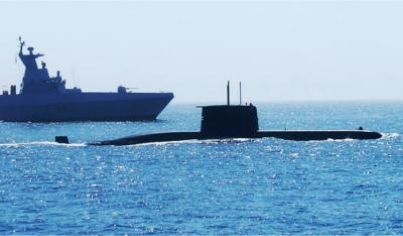 [notice]Pastor Bongani Mgayi points out that God warned the Israelites about the consequences of their demand for a king. Perhaps we, who have demanded a popular, people’s government, should also consider ourselves warned.[/notice]World governments have money for buying arms, but do not have money to feed the poor. According to Ban Ki-moon, the secretary general of the United Nations, global military spending stands at $ 1 trillion a year – that is equivalent to the GDP of South Africa and Egypt combined. Put differently this is the combined GDP of all the countries in Africa from the equator to South Africa, a total of 16 countries.

A few weeks ago we read reports of the South African president’s desires to buy a R2 billion jet. Many permutations have since been thrown around by economists, academics and commentators to show better ways that this money could be used to feed the poor, educate the youth, house the destitute and create employment.

These are just two of the many publicised cases of money spent unwisely by authorities. At the core of these cases is bad decision making. Those who make these decisions claim to make such decisions in the public interest, or as they sometimes say, “It is a matter of national security.” Essentially, they make decisions for the people.

Leaders and governments have taken over; they control our welfare, where we sleep, what we eat, the nature of our education, and how our money is spent. In 1 Samuel 8:10-16, the Bible warned us that this would happen: “Samuel told all the words of the Lord to the people who were asking him for a king. He said, “This is what the king who will reign over you will claim as his rights: He will take your sons and make them serve with his chariots and horses, and they will run in front of his chariots. Some he will assign to be commanders of thousands and commanders of fifties, and others to plough his ground and reap his harvest, and still others to make weapons of war and equipment for his chariots. He will take your daughters to be perfumers and cooks and bakers. He will take the best of your fields and vineyards and olive groves and give them to his attendants. He will take a tenth of your grain and of your vintage and give it to his officials and attendants. Your male and female servants and the best of your cattle and donkeys he will take for his own use.” (NIV)

Today people in the world, just like the Israelites in the Bible, cry over poor leadership and wicked governments: “But see, we are slaves today, slaves in the land you gave our ancestors so they could eat its fruit and the other good things it produces. Because of our sins, its abundant harvest goes to the kings you have placed over us. They rule over our bodies and our cattle as they please. We are in great distress,” Nehemiah 9:36-37 (NIV).

God warned the Israelites in the time of Samuel the prophet when they wanted a king, that this would happen. Maybe South Africans shouldn’t complain about politicians or government leaders. This is what we wanted – a rule by the people, for the people. This is democracy, a president of the people, just like king Saul chosen by the people.