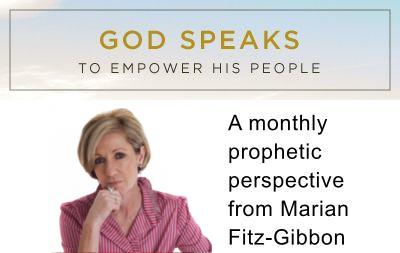 When I was a child I could be found in our vineyard eagerly wanting to pick the large fat green grapes. Up on tiptoe or probably precariously balancing on my bicycle I would reach for what I considered the ripe grapes. My mouth was watering but I was saved from a bellyache by the wise words of my mother: ‘Those grapes are not yet ripe, move your bike to this side of the orchard, and taste and see how good these are!”

As simple as this childhood memory is, so it is with the times and seasons of the Lord; they must be discerned. We need to be aware of the voice of the Holy Spirit as to where in the vineyard the choicest of grapes are ripening and be willing to reach up and taste and see that the Lord is good. Isaiah said it so wonderfully in chapter 30.21 “Your ears will hear a word behind you, ‘This is the way, walk in it.’ ”

The Lord’s invitation to taste and see how pleasant He is goes further. He invites us to come and dine with Him, to come and eat of His choices offerings. But each of us has a different season and a different timing; just like the ripening of the grapes. Whilst we as ministers wait for all of the harvest to come into its fullness, I do believe the Lord does give us grace and different revelation in our parts of the vineyard.

We have just had the most wonderful time recently seeing how the Lord reveals Himself to His people in different parts of the Church. It’s certainly not the full picture by any means. But it’s what we’ve seen whilst we were on tiptoe and on our bicycle over the past few weeks so to speak:

We set off on our bicycle, figuratively, not literately, to Louis Trichardt and arrived at the little haven called Bokisi. Sharing the love and the word of the Lord with everything we had resulted in a ‘Heaven came down’ weekend including a gentle rain amidst blazing temperatures of 34 degrees. Those that were oppressed were delivered, the sick were healed, many were filled with the Holy Spirit, souls were saved and many received prophesy and encouragement. Little children prophesied as Joel said would happen. The presence of the Lord we could say was truly in proportion to the hunger of the people. We left there honoured to be partnering with the Lord.

Doers of the Word
Next our bicycle took a short trip down south to Alberton: In Tokoza we taught on the Holy Spirit and the gift of prophecy and the coming revival. The ministry was so well revived that in response the leaders spoke of booking revival tents for different parts of Tokoza. They literally heard the word and responded to what it said. Their Sunday service was so full they had to rush out and get more chairs. Paul tells us in James 1.22 to not merely listen to the Word and deceive yourselves, but be doers of the Word too.

One lady had been given a prophetic word that her voice was a delight to the Lord when she ministers to Him. Not waiting for months of training, the pastor called her up to the front immediately, and there was a gentle presence of the Lord as she led us all in a worship song without musical instruments. Faith rose dramatically, people were healed and the Lord was truly glorified. They tasted and saw that the Lord was good.

Paul the apostle was accustomed with travel, but a bicycle was definitely not part of his travel arrangements. On his travels he wrote to the church at Corinth: “I write not these things to shame you, but as my beloved sons I warn you. For though you have ten thousand instructors in Christ, yet have you not many fathers: for in Christ Jesus I have begotten you through the gospel. Wherefore I beseech you, be you followers of me.” (1 Corinthians 4. 14-16)

South Africa has an urgent need for mature spiritual fathers and mothers. We had the joy of listening to Sarel van der Merwe from Oasis Ministries, Kempton Park. Sarel shared his testimony about being a father in the Church. It is a title you earn. You don’t become a father by just fathering natural children or adopting children; you learn to love, learn to forgive, to go the extra mile, to turn the other cheek and above all to pray without ceasing. As we listened to his testimony one could hear that here was a man whose shoulders were wet with the tears of others and his words carried wisdom. He found being a father to the prodigals was the most stretching of all his ministry years but it was also the most rewarding. He and his family have a ministry where prodigals come for healing and restoration. A place where many are safe to work out their issues and find their true identity as sons and daughters of the King of all Kings. One of the main areas the Van der Merwes identified was allowing one another to be truly unique. Their approach was one of being a family who embraces one another with love and forgiveness. This was a father that Paul the Apostle referred to. I’m sure many would travel miles to find refuge and safety in their ministry.

A week later with the sounds of revival singing deep inside and my heart pounding with excitement at the thought of hearts being changed and souls being saved, we got onto our proverbial bicycle and headed out to Pretoria East to Mamelodi for the weekend. On the Saturday teams from different churches joined to minister prophetically to the people. The weekend culminated in a wall to wall altar call and infilling of the Holy Spirit on the Sunday morning. Deaf ears opened, backs were healed, souls were saved and various healings took place. Hope was restored and faith renewed.

Sovereign move of God
Back home and well satisfied with missions accomplished I sat down to pen this article and to my delight a sms came in from a friend reporting on another breakout of a ‘sovereign move of God’ and I simply had to add it. This time it was from the Parks area in Johannesburg. The youth pastors from His People take every opportunity to minister in the universities and schools. Last week after ministering in the life skills classes as they usually do they prayed for the class and then the Holy Spirit fell on the children. Jonathan Pardey from His People said they were going about their usual manner of ministry, nothing extraordinary. Then in the last five minutes the extraordinary began to happen. The Holy Spirit began to move on the children; they began crying, then sobbing, until all 60 were sobbing. Some friends put comforting arms around one another. It was a sovereign move of God. Upon going to explain the situation to the teachers and principal, they were met with great favor – this is what they were appointed to do – to reach the hearts of the children. Jonathan encouraged anyone in the teaching sector to make a difference, be a light, be a conduit – don’t be afraid. Be bold, the children need you. The Lord will do what He said He will do. “Those who God calls, He equips”

One central theme in all these vineyards so to speak, is that it is the same Holy Spirit that raised Jesus from the dead, the same Holy Spirit that enters into all of these situations in the north, the south, east and west and releases the promises of heaven here on earth. God’s people begin to think, speak and act like people who are infused with the living God and can do mighty exploits in His name; who know Him and call Him Father.

On that note, I’m off to a prayer meeting at our church to seek the Lord for revival in our part of the vineyard.
“Put in the sickle, for the harvest is ripe: come get you down; for the press is full, the vats overflow; for their wickedness is great.” (King James 2000 Bible).