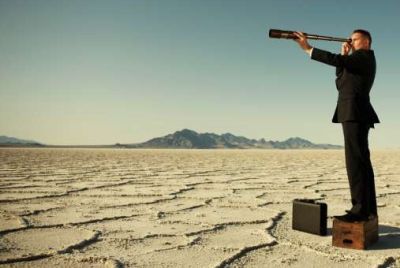 As I spent time with the Lord this morning, I saw a court procedure going on over South Africa. In the accusers bench, I saw a big green being, very muscular and with the head of a serpent making his case against our nation. I asked the Lord who he was, and He said it was the Destroyer. Looking at current events, it is clear that the Destroyer has been having great influence in this season.

I asked the Lord why the Destroyer had so much influence over SA in this season. He showed me 1 Corinthians 10:10:

And do not murmur [in unwarranted discontent], as some of them did—and were destroyed by the destroyer.

The venomous serpent
The word here for Destroyer means venomous serpent, that confirmed what I saw. The Lord said that the murmuring of the people has given the destroyer access to the nation. Murmuring in the Hebrew context means to stop over or abide, tarry, grumble, complain and cause others to complain and be discontent. This is what fuels the Destroyer as we bind ourselves to destruction through words and hearts that is never satisfied. These heart attitudes releases poison into the nation releasing waves of destruction in every area as we camp out in the past and present disappointments.

In Numbers 14:26-38 we see how Israel received their judgement from the Lord due to their murmuring. That whole generation that complained against Him died “in” their own words. They complained so badly and said that they are going to die in the wilderness. This became a self-fulfilling prophecy over their lives that kept them out of the Promised Land. Only Joshua and Caleb where allowed to enter the Promised Land due to their report after spying in the land. They saw out of God’s vision for them and esteemed their circumstances based on His promises. All the other spies caused a nation to lose vision and fall into fear, therefore they died by a plague.

Renewed vision
As I stood in the Courts I saw to my left a stack of white scrolls sealed with red seals and guarded by an angel of justice. I asked the Lord about these scrolls and He said that it was unopened verdicts from the Father that is waiting for the sons of God to be received and released on the earth (This means many more need to take up their positions as sons to bring change on the earth). I asked for one that would be part of bringing change and loosening the power of the Destroyer. Then the angel came and gave me a scroll. As I opened it I saw the word VISION on it. The Lord told me that they murmur because they have no vision. We lost vision of His power, love, goodness, provision and purposes. Lack of vision causes complaining, leaving us caught in the deception of our own words. Hearts become bitter and angry and we look for reasons from the past to justify our sinful and destructive actions now. Lack of vision allows doubt in our hearts and replaces faith with fear. We take justice into our own hands and lose all discernment as we get caught up in the grumblings of the day, just like the Israelites in the wilderness. Murmuring is accusing God. The moment we do this we become accusers, opposing the Promise Maker instead of partnering with Him in faith.

The church must release vision again of what He said over our nation to break the power of the Destroyer. We must see in the Spirit and release vision over the land. We have to check our heart attitudes as we look at the current South African landscape. Do we believe that God can change this nation, break poverty and bring righteousness and justice? Murmuring takes place when we lose sight of the promise and how far we have come. Let’s pray for vision to be restored, to light up hopeless hearts and stir a new gratitude in the hearts of all South Africans for what He is about to do.

Henk Kleinschmidt is the founder of Ablaze Ministries