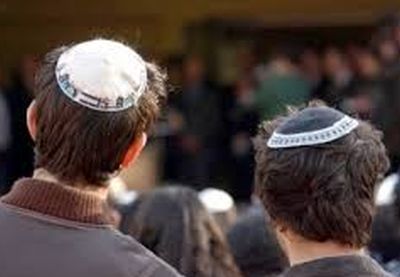 The African Christian Democratic Party (ACDP) says it strongly condemns the attack on three Jewish teenagers who were physically assaulted and verbally abused by three unidentified men at The Zone, in Rosebank, Johannesburg last Saturday (March 21, 2015).

“The fact that the teens were wearing the Kippot, which is traditional Jewish covering, leads us to conclude that this was an anti-semitic attack,” says the ACDP in a media statement.

The Statement continues: “The ACDP will never allow the persecution of Jews in South Africa, as we have seen it happen in Europe. Even of greater concern was the fact that these three Jewish teens were told, ‘Your people are killing our innocent children’. It is completely unacceptable that teens were accused of ‘killing innocent children’.

“Christians for some years have been attacked, killed and beheaded by ISIS and various other Islamic Militant groups, and the international community remained silent. The ACDP will not sit back and allow attacks of either Christians or Jews to happen in South Africa as it happens in other parts of the world says the statement.

“All South African citizens must enjoy the freedom of movement, religion and association that is guaranteed by our constitution.

“The ACDP calls on the South African Police Service to speed up their investigations so that these men, who are spreading hate, can be apprehended and taught that religious intolerance will not be allowed.”

Reacting to the attack on the teens, the South African Jewish Board of Deputies has called on all South Africans, Jewish and not, to attend a film-screening at a cinema this Saturday night (March 28), wearing a Kippa or hat to demonstrate a  commitment to fight against any form of prejudice and intimidation.

The Board noted that there has been a steep rise in anti-Semitic rhetoric in South Africa, as well as of incidents of verbal threats and insults.

“The above, however, was the first recorded case in several years of an anti-Semitic attack that involved physical abuse. Unlike in many other parts of the world, Jews in this country have been able to freely identify as such in public spaces without fear of being victimised, and the SAJBD and CSO are committed to helping ensure that this remains the case,” it said.

The Board added that it was “completely unacceptable” that any members of the community be subjected to any act of unprovoked bullying on account of their being Jewish.

“A strong message needs to be sent out that such acts will not be tolerated, and to that end the SAJBD and CSO, working closely with the authorities, are taking all possible steps to identify the culprits and ensure a successful prosecution.

The SAJBD and CSO have requested that the Jewish community be vigilant regarding possible anti-Semitic attacks and ask that people report any incidents as timeously and in as much detail as possible to them.