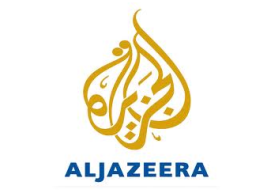 The pan-Arab news giant is laying the groundwork for the launch of al-Jazeera America after its purchase of Current TV, a struggling US cable channel. Adel Iskandar, a professor of communication at Georgetown University and co-author of a 2002 book on the Qatar-based news organization, said that al-Jazeera, with its “extremely deep pockets”, thanks to funding by Qatar’s royal family, has the money to hire a solid team of journalists so that it can carve a niche in the difficult US market.

Al-Jazeera has not released details on the launch and declined a request for an interview. But it has announced plans to open offices in a dozen US cities, including Detroit and Chicago, and hired some respected journalists. (Mail and Guardian)
From a Christian perspective, it seems like Islam is making a new effort to target Western mindsets by portraying a more acceptable face of Islam, a face of peace, and integrating itself into Western society. And this latest move by al-Jazeera, primarily funded by the Qatar government, may be a further step in that direction.

Yet even Muslims know that Islam is anything but peaceful. During a recent conference on Islam in South Africa, a Muslim convert from Turkey described Islam as “Satan’s greatest masterpiece aimed at killing Muslims across the globe today”. The reality is that more Muslims are being killed by other Muslims in the name of Islam today than by anybody else. During the past week, the following attacks occurred (by Muslims against Muslims):

According to the Religion of Peace website (http://thereligionofpeace.com/) the following figures are from the month of April 2013 alone: 202 jihad attacks, 25 suicide attacks, 957 fatalities and 2403 critically injured.

Since 9/11, nearly 21 000 attacks in the name of Islam have occurred globally. Most of these attacks were against people of the same religion. Will Christians be willing to actively live out the love of Christ as a counter to the hatred of Islam? May we not be blind, may we not be ignorant, may we not be irrelevant and may we not be invisible.