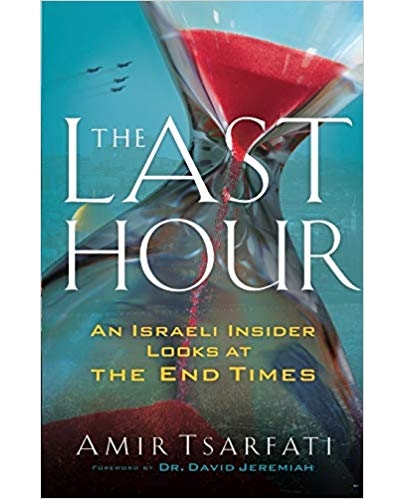 Amir Tsatfati is an Israeli Christian, born and currently living in Israel. From his front porch he sees the Valley of Megiddo, called Armageddon in the Bible — the area where vast armies will assemble before the prophesied great final battle.

He states that as he gazes at this lush valley he has no fear — and as he explains his understanding of biblical end-time prophecy he invites the reader into the peace that he has come to know.

He adamantly declares that he himself is not a prophet. Rather he is someone who seeks revelation from an intense study of the Word.

Not only does Tsatfati have deep, thought-provoking insight into biblical prophecy, he is also well placed to know the history of Israel and to know and understand more current events regarding this part of the world. For a time he was in the Israeli army doing his mandatory service and later, out of his experiences there, became a tour guide.

This is not a book that spells out the various End-Times beliefs with their biblical bases. Tsatfati declares that biblical prophecy is a mystery, not a secret. As such, we can have a degree of certainty about some future events if we take the time to understand various prophetic passages.

Tsatfati certainly makes a good case for his conclusions and beliefs. I enjoyed also his knowledge of and insights into current events in the Middle East, as well his understanding of the various roleplayers.

For those interested in the politics of the Middle East in the light of biblical prophecy, I can recommend this book.