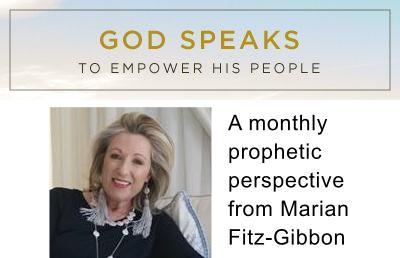 As the people of God, we have all been called to prophesy. But what does this really mean and how does this work? How do we make sure that we are representing the heart of Father God?

Prophecy is hearing and doing what Father God says. More than ever before, the Church today needs to understand what New Testament prophecy is and realise the responsibility of prophecy on and in the Church. We have also been called, by God, to prophesy and to be His voice in this age in every sphere of society.

The gifts of the Holy Spirit are to be earnestly desired. Moving, then, to 1 Corinthians 14.1 Paul writes: “Pursue love, yet desire earnestly desire spiritual gifts, but especially that you may prophesy. For one who speaks in a tongue does not speak to men but to God; for no one understands, but in his spirit he speaks mysteries. But one who prophesies speaks to men for edification and exhortation and consolation.”

In essence – prophecy is a gift – not an award. You cannot earn it; you get it by asking for it. It’s got a very clear purpose of building up (edifying); calling near (exhorting) and cheering up (consoling) the church. All these aspects are positive and life-bringing. Imagine looking at people as diamonds rather than coal! The light reflectors of Jesus! I love what was once written: “God’s estimation of His people. In His own words God tells us the people of Israel were to Him as valuable rare gem stones set in gold. They were precious to Him; important and beautiful in His sight. And scripture wouldn’t be violated if we applied same words to all of the children of God. We are His jewels, peculiar people, trophies of His grace.’ (Malachi 3:17) I would respond so positively to words that speak of me as a rare gem, wouldn’t you? I guess that’s why there’s such a demand on gemstones like diamonds!

Let’s look at 1 Corinthians 14:31 to remind ourselves all can prophesy one by one, so that all may learn, and all may be exhorted (called near). This my dear readers are for all who are filled with the Holy Spirit. Just imagine if we all saw the best in each other! I can only imagine how the productivity in this nation would soar and the ideas and creativity would blossom!

I got to hang out with a great group of people at a creative hub run by Kate Fitz-Gibbon at Arts on Acacia in Gauteng. It was an evening of seeing and hearing the best in each other. Allowing the Holy Spirit to flow through prophecy, one to another in words and music, art, fashion, jewelry, through educationalists and environmentalists as well. Prophets and the prophetic folk mixed and mingled with incredible ease as they saw the very best in each other. It was like looking at the different facets of a diamond. Each side more glorious than the other. The best was, we encouraged each other to go ahead in journeys with Christ. It was something new and fresh and unreligious.

Over the years we have had many folks ask us this question: “If someone can prophesy accurately does that make them a prophet?” So sad to say but the answer is simply, no, but a prophet must however be able to prophesy.

To be a prophet is a calling by God. So how do you know you are called? This would be a good question to ask at this time. It usually starts with a recognition in a prophetic word from another minister, confirmation of that prophetic word by someone else — preferably in a senior position. But it doesn’t have to follow this order at all. You yourself hearing from the Lord that you are called as a prophet. Confirmation in the word. Then the training begins. You become comfortable that you are a gift to the body of Christ and that you are to teach and train others about the word of God in the body. You can be a man or a woman in this office. Ephesians 4.7. You will belong to a five-fold team which will comprise of evangelists, pastors, teachers and an apostle. Currently there is no more time for lone prophets. Its ideal that you build good relationships with ministers that cover the above mentioned. This takes time and is character building.

A prophet may be called to do anyone or more of the following:

Company of prophets
You’re probably wondering why I emphasised this formal distinction between prophets and the prophetic. We have an epidemic of false prophets who are literally ransacking the body of Christ. People pay thousands of rands or dollars to attend services to get an audience or a word from the “prophet or man or woman of god”.

Nothing gets me hotter under the collar more than those who lead the sheep astray. I know those who live by the gospel need to paid well, but extortion is unacceptable! So are false miracles.

With this said, as a company of prophets we have an obligation to the Body of Christ to train believers accurately and truthfully in the prophetic and to teach people how to hear the voice of the Lord so that they can come into the unity of the faith, the knowledge of the Son of God, to be a mature man or woman, to the measure of the stature which belongs to the fullness of Christ, to not be tossed here and there by waves and carried about by every wind and doctrine, by the trickery of men, by craftiness in deceitful scheming; but speaking in love, finding their place in the body being fitted well together, supplying well for each other, making sure we are healthy and able, understanding and applying the principles of love. These words you will recognise are from Paul’s writings.

Company of prophets SA
The Company of Prophets SA aligns with such objectives, as can be found from the following statements on their website

The Gathering TOGETHER is based on the following examples found in scripture: