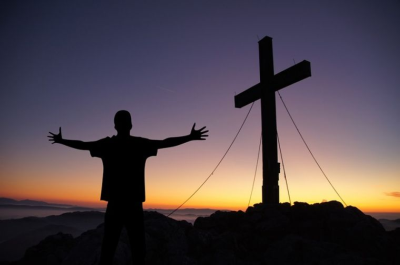 From the outside, Dr Greg Lehman was success personified: He had a highly profitable practice, a wife and two kids, a luxurious home, fancy cars and all the money in the world to buy nearly anything he wants.

But this atheist doctor was still unhappy because he lacked something that his money couldn’t buy: contentment.

“What’s wrong with me? Why am I not fulfilled? Why don’t I feel like I have achieved what I worked my whole life for?” he asked himself, according to God Reports.

He easily got irritated with people, even his own wife and their Christian neighbours as well whom he labelled “hypocrites” for living a lifestyle that he thought didn’t conform with the teachings in the Bible.

To expose their Christian neighbours’ hypocrisy, he decided to study the Bible so that he could slap the Scripture on their faces.

But then something strange happened. While reading the Bible, he was struck by the Gospel’s claim that Jesus was God in the flesh sent by His Father to redeem mankind from sin by sacrificing Himself. But this would not hold true, Christianity would be meaningless, if not for His eventual resurrection.

He forgot all about his neighbours and immersed himself in further studying the Bible to prove that the resurrection of Jesus was just make believe. “The apostles could have stolen the body. It could just be hallucination,” he mused.

But after weighing all the information he could gather, Lehman came to a stunning conclusion: Jesus actually rose from the grave.

“He’s killing Christians. He has nothing to gain. What in the world could make this guy go and be the greatest evangelist ever?” Lehman said. “There was only one explanation and that was that he saw the risen Lord Jesus Christ. When I looked at the evidence and I looked at these guys and their changed lives, I said, ‘I have to believe it.'”

His Christian awakening completely changed Lehman’s life. It culminated in him breaking down, crying and asking God for forgiveness.

An exuberant feeling of tranquillity swept over him, completely vanishing the discontentment and emptiness inside him. “I was completely peaceful,” he said.

His wife, Ruth, could never be happier. “I feel like I’ve got a new husband,” she said.

“Every other religion is man seeking God. [But] Christianity is God seeking man,” Lehman said.