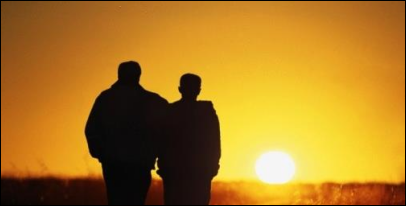 During 2010 a Stellenbosch high school for boys ran a Christian character development programme for their learners. Little did they imagine that they were about to discover a truth that would give birth to a movement that aims to inspire schools to use their strategic position in communities to function as hubs for the restoration of effective fatherhood.

“After being busy with the programme for a while, we realised that much of what we are trying to teach the boys about authentic manhood, should actually be taught to them by their fathers. We’d been working with the wrong group!” says Werner Cloete, a Paul Roos Gymnasium chemistry teacher and one of the founders of  ‘Engage’.

“We decided to create a platform where fathers, and mothers at times, can be inspired and supported in their task of raising their sons to authentic manhood. The concept of ‘Engage’ evenings (consisting of group discussions, a guest speaker and the distribution of accompanying reading material), was an instant success. Before long, other schools started enquiring about the nature of the programme as word started to spread,” says Cloete.

He says ‘Engage’ is thriving at Paul Roos where some 200 fathers and their sons attended the closing event of 2011. Rondebosch Boys’ High in Cape Town soon followed and hosted their first ‘Engage’ evening with around 50 dads. Upington High School also hosted an Engage evening at the end of 2011 and Edgemead High School in Cape Town kicked off their ‘Engage’ programme this year with approximately 170 dads attending the first evening. Other schools are launching similar initiatives, partly inspired by ‘Engage’, although they might not be operating under the same banner, says Cloete.

He sees the birth and growth of the initiative as part of a Holy Spirit inspired global move towards the restoration of fatherhood.

“Many fathers are in need of inspiration for their tasks as fathers! Dads can easily become disengaged in their relationships as they can be sucked in by, for example, work responsibilities. Dads should take the lead in establishing moral authority in family life, but most dads have limited exposure to training and reading material on the matter.

“Fatherlessness is a real issue worldwide. Cassie Carstens, Transformational Leader, describes fathers not taking up their rightful responsibilities as ‘the single biggest problem of the world’ “.

Cloete says the focus of ‘Engage’ is not exclusively on fathers, as mothers also need parenting support structures.  Each school community should customise ‘Engage’ for its local needs.

And while fathers are the primary target group, the focus is not only on fathers’ relationships with their sons, but also with their daughters.

The feedback from ‘Engage’ evenings has been outstanding, as parents felt that a burning, but unspoken, need was being addressed, he says.

Critical roles
Speaking about his hopes for ‘Engage’, Cloete says: “We believe that teachers and schools have critical roles to play in society. Our prayer is that teachers will, firstly, gain a broader perspective of what their calling from the Lord entails and, secondly, that they will realise the importance of reaching fathers.

” ‘Engage’ then becomes a tool for such teachers and schools to become truly significant in their local communities. Schools that take on this venture will not only benefit their local community and themselves, but they will also add momentum to a growing nationwide movement. God-willing, this movement will spread to more and more schools and we will see fathers rising up with moral conviction to raise their sons and daughters to authentic manhood and womanhood!

“Then, if schools could visit the ‘Engage’ website  and gain some ideas on how to tackle the process, we might pretty soon have a growing number of schools functioning as ‘hubs’ for the restoration of fatherhood and the consequent blessing of the community and the healing of our country.

“The growth of ‘Engage’ is submitted to the timing of the Lord and we are excited to see what He has in store for this movement that has been birthed by Him!”