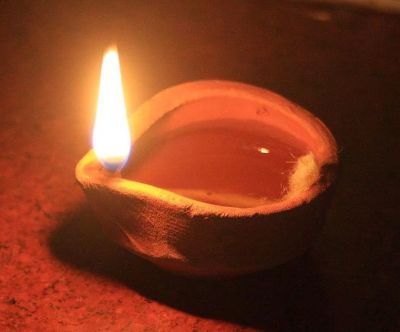 This is undoubtedly a season when change is beginning to happen. We would be wise to keep our lamps well filled like the five wise virgins —  that is to be prayerful and vigilant in the Word of God for His direction.

With all the political and economic change taking place we can so easily become disarmed and confused.

More than ever before this is the time for the prophets and prophetic people to gather together and to declare the promises of the Lord into and over our various situations.

We must be steadfast and resilient and persistent and expectant of the Lord. We must not waver at this time. The season of reaping the harvest is about to start and those who are FULL OF HIS SPIRIT and continuously hunger to remain filled, will be used greatly in these times.

I thought it might be helpful to reflect back over some of the prophetic words that have been spoken in the past in order to encourage ourselves as we go through transition and change.

This is a season when there will be global kingdom connections made; leaders from across the world will begin to function together behind the scenes. (This is not to be taken as a subversive, radicalized movement.)

“Daniels and Josephs” who have been preparing for years will step into places of favor and visibility in all seven mountains (spheres of society, for those unfamiliar with this terminology).

The reformation of nations is well on its way, and new ideas on how to establish biblical economics on a national scale will be implemented. Africa will be a leader in this.

We also received the word kingdom church, as old independent spirits are put aside and new alliances are formed as one to stand for kingdom purposes against ungodly agendas.

There will be connections between apostles and prophets that will result in prophetic words not only being released, but also implemented to see their fulfillments.

Major media outlets and secular businesses will call on prophets for insight and direction, instead of calling on mediums and psychics. A new level of visibility is coming to God’s leaders that will influence the secular fields.

I felt it was important to go back and reflect on this word in light of some of the changes going on right now and encourage ourselves and stay steady to that which God has promised for the future.

Doug Addison has released the prophetic word below regarding change: (You can read the full transcript here: http://dougaddison.com/2016/07/prophetic-word-for-july-part-1-a-time-of-major-changes/)

July is going to be a time of major changes. Things that God has promised you over the last few years are now going to start to take place very quickly.

There is going to be a blast of new sounds from Heaven over you that is going to open new doors, part the Red Sea, awaken dry bones and open your eyes and ears to hear in the spirit at a new level.

Not everyone will hear this spiritual sound; those who have ears to hear and have been seeking the Lord will catch this new wave.

Expect scales to fall off your eyes as God is going to reveal strategies and His plans for your next season—plans that have been hidden until now.

HIGHER LEVEL REVELATION
In the midst of turmoil and confusion, God is saying to keep your eyes on what He has been speaking to you — for He is working beneath the surface.

“Come up here, and I will show you what must take place after this.” Revelation 4:1 NIV

There is going to be a trumpet blast and new doors of opportunity will come to you. I saw new doors of God’s glory opening over people.

• The first wave is purity and cleansing.
• The second wave is power encounters and healing.
• The third wave is the harvest for those who have been rejected by Christians.

Breaking through
Ryan leStrange has posted a very encouraging “Breaking Through” prophesy. I think it’s just what we need at this time to break through into victory in different areas. Whether you need breakthrough in relationships, health, finance, a better relationship with the Lord, be it business or perhaps you believe for someone’s salvation. It’s best to listen to it. Give us feedback please.

Closing exhortation
Jeremiah 27:18 states, “If they are prophets, and if the word of the Lord is with them, let them now entreat the Lord of hosts.”

Prophets do not only pronounce the word of the Lord — they in turn pray the revelatory promise back to the Father in Jesus’ name! Let us bring the two hands of prayer and the prophetic together to see the birthing of God’s promises in our generation.