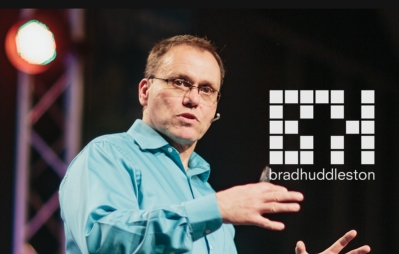 Use technology, so it doesn’t use you

[notice]Debbie Hemmens has been getting to grips with the message of author, international evangelist and technology expert, Brad Huddlestone who was in SA recently. It is a message that will challenge us all.[/notice]

This will not be a comfortable article to read and you may, like some others, ask for a more moderate message, but the truth must be told. There is a very dark, dangerous and harmful side to the technological world that we live in. So here goes.

Brad Huddleston is an international evangelist with degrees in computer science and the Bible. He has spoken to tens of thousands of youth and adults in churches, conferences, retreats, public and private schools, revival meetings, and on radio and television (including South Africa). His two books, namely, Dark Side of Technology and Digital Cocaine are a must-read for everyone.

“Brad does not place a stop sign on technology, but rather uses a caution sign as we navigate through this fast-growing phenomenon,” says Patty Flood, Principal, Shalom Christian Academy, Chambersburg, PA.

The above quote sums up Huddlestone’s message and needs to be remembered at all times, as he is not against technology, but is speaking out a warning that it can engulf you. A tsunami of technology has swept over us and unintended problems are showing up that we need to deal with. Much of the research was only done after the tsunami hit, so this is not a message of condemnation or to put anyone on a guilt trip. The reset button to reset the computer is called Grace.

Intimacy with God gone to screens
Our intimacies have gone from God to screens. He misses us. Take a moment to close your eyes and think of this scenario; early morning, just before or at sunrise, quiet, still, alone, coffee in hand, paper Bible, pen and notebook, comfy seat with a blanket, view of the garden. That is something that is a foreign concept to our current generation, and to be honest is being forgotten by the generation who grew up on that kind of intimacy with God. This is just one aspect where technology has stolen from us, and we have to fight to get the balance back. Our close and intimate relationship with God depends on it.

So, technology is great, but somehow we need to rethink the implementation of it. The brain does not have the capacity that we think it has. There is a saturation point, and at the moment we are at the super saturation point! The current statistic is 8 and a half hours of media a day – that’s too much. The recommended amount should be 2 hours. The brain can heal, but we need to take our wellness seriously. Things like enough sleep, water, food and exercise are vital for our good health. Sleep and exercise are two items in jeopardy on that list if we don’t moderate our intake of technology. We need to have times where we take a complete break from technology, meditate, pray and be mindful of the presence of God alone.

1 Corinthians 6:12 reminds us that we should not allow ourselves to become addicted or mastered by anything. Ecclesiastes 7:18 reminds us to strive for balance in the way we live.

Some magazines from around the world have borne the following disturbing titles about our tech crazy generation: “New internet rewires the brain,” “Why kids are getting stupider,” and “Generation clueless.”

So, although there are many benefits of social media — to name a few: keeps families connected, helpful during emergencies, support of online communities, immediate feedback and sharing various points of view — we have to sit up and take note that we have a serious problem at the same time.

Huddleston was out to lunch and observed a mom and son at a table nearby. During the entire hour they did not lift their heads from their phones once. Communication is suffering.

There is a surge in digital dementia, which is a condition that mimics alzheimers, but this is happening in children! The brain becomes over stimulated and cognitive abilities break down. The child becomes reliant on digital devices and will lose his memory just like in a head injury. South Korea noticed this first, as digital saturation happened there first. They now have over 200 digital detox centres around their country.

Heavy computer use affects the frontal lobes of the brain. We land up with an erosion of the executive attention network which will probably result in more cases of Attention Deficit Disorder. The pre-frontal cortex part of the brain is only properly developed by 25/30 years old, and we are messing with that development from birth basically when we allow screens into a baby’s world on an ever increasing basis.

Computer gaming detrimental to brain
Computer gaming is probably the most detrimental to the brain. It is highly addictive and changes the plasticity of the brain. Extreme anger and bad behaviour is evident even when the game is not around. There is a continued release of cortisol taking place when this should only be released for the fight or flight response. We land up with adrenal shutdown with the effects being cycles of mania, depression and anxiety. It hampers our ability to learn. It’s like having your brain on steroids. Digital addiction is likened to cocaine addiction. It hooks in very quickly and rewires the brain.

Huddleston recommends the extreme measure of wean and get rid of the games. If you have never introduced your child to computer games, don’t! While many will look at that suggestion as ludicrous and many will not follow suit, the warnings are there for us to take note of. The evidence is there for us to make informed decisions. Less time on a computer game is like saying the offer is for half a line of cocaine, instead of the whole line. It’s that addictive. In the UK, there has already been a 4 year old admitted to rehab for digital addiction. Screens are nearly flawless babysitters, but we are unable to see the strain on the brain. Average age of a gamer is 32 years old. This is putting pressure on marriages. Minecraft is the number one most addictive game. Microsoft bought Minecraft for 2,5 billion dollars. 3D Minecraft is about to be released. The tech industry knows they are highly addictive and they are yet to put any warning labels on the games. It’s a huge money making industry. Many of  the people who work in this industry send their kids to schools with no screens and limit their screen time at home. They know the dangers.

When it comes to multi-tasking, the jury is out that our brains cannot multi-task. Sorry ladies! Our brains are sequential processors, which means they can only do one thing at a time. When we try and multi-task, our retention actually decreases and we will make more mistakes. It does not improve learning, as you understand less. What happens is the brain switches on for something, then stops as you go to something else, refocusing and only then switching on to the new thing. In the meantime, you could have changed attention again and the brain is under great stress to try and keep up. A great example is homework with a tablet, phone, music and an assignment. It is an illusion that anything effective is actually happening. The brain is on filtered down mode. It needs to do one thing at a time. The right kind of background music might be the only thing that could be added in for some learners. A better way is to do all homework in a sequential order and then social media or television. Any breaks in that time need to be non-digital. Put the phone away and go outside. When your phone buzzes or a notification comes through, there is a cortisol release in the brain. It is almost as if you have picked up the phone as the anticipation is there to read the message. We need to retrain the brain. Switch it off and guess what happens? Productivity goes up, some reports say as much 40-60%, and brain stress goes down. School marks go up. It certainly is worth testing this theory out.

Toddlers and infants
Neuroscientists are saying that we should not have toddlers and infants in front of screens, and yes, the TV is a screen, a very big one too. TV is seen as a passive screen if that’s all you are doing. As soon as you involve another screen like your phone or tablet at the same time, it becomes interactive and the same as a game. It is very disturbing to see babies being given phones and tablets as babysitters. It does not matter if it is educational as the brain is unable to distinguish this. They are more prone to addiction problems because of their young developing brains. Catherine Steiner, a clinical psychologist says to not ever put a baby in front of the TV. An interesting point to note is that our kids hate our screens as they can never get our attention when we are on them.

There are anxiety issues related to our screen usage. 55% of all social media people suffer from this at some level. The 18-24 year old age bracket is the worst at 77% and the next age bracket of 25-34 years is 68%.  66% of people are terrified of being without their phones. 27% check their phones first thing in the morning. When battery power drops below 20% or you are out of a WIFI zone, adults and children get nervous and stressed. Some people are so bonded to their phones and one can see this by the amount of time they spend with their heads bent down towards it. There is something called nomophobia – fear of a phone being taken away. There is separation anxiety and the number one reaction is anger. A bride even texted at the altar to change her relationship status. Bonding between mom and baby is being affected as parents are more interested in sending the first baby pictures online as soon as possible. Bonding involves a complex cocktail of hormones. Unfortunately some of this bonding is landing up being given to screens.

So how does addiction take place in the brain? It all starts with the release of dopamine, and this can come from many pleasure seeking activities including sex and exercise. It’s the repetition and abuse of any one activity that is unhealthy and causes addiction as the brain requires more and more dopamine to keep at the same level of pleasure. A wall starts building and eventually dopamine is unable to pass through to the pleasure centre of the brain and once this is saturated, the next step is addiction and numbness. The scary thing is, is that this is the part of the brain where our intimate connection with God takes place. Anhedonia is when you no longer feel anything and this comes with addiction. So is there a way out/to break down that wall?  Yes, just like when you break a bone and it needs 6-8 weeks of recovery time to heal, so too our brains can heal. It all depends how serious and intentional you are, as you need a complete break to detox your brain. You would need to severely limit your intake of technology and gaming would be completely out. How do you know if you are addicted? When you can’t stop! When you lie, justify and manipulate. Honesty goes out the window with addiction. The top 2 addictions through screens are porn and video gaming as they are socially acceptable. 90% of American households — and the same stats go for South Africa — have tech screens in their homes. They are around us every waking moment.