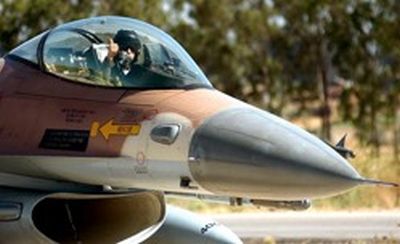 A dark shadow of imminent war hangs over Israel’s 70th anniversary celebrations, just as it had done at the nation’s re-birth in 1948.

President Trump’s withdrawal from the 2015 nuclear deal with Iran hastened the prospect of the rogue state taking out its frustration on Israel for striking its military installations in Syria.

In an incident on Tuesday night, at least nine Iranian soldiers are reported to have been killed.1 And in the early hours of Thursday the Israeli Defense Force launched an unprecedented massive air strike destroying Iranian and Syrian targets in response to a barrage of rockets fired from the Iranian Revolutionary Guard.

Also coinciding with what should have been a joyful birthday is an event recalling a very sad – indeed shameful – episode in Britain’s history.

At a special ceremony organised by Love Never Fails (an alliance of Christian groups supporting the Jewish state) and held yesterday in Atlit, near the port of Haifa, Israelis spoke of how they suffered at the time and UK representatives responded with expressions of sorrow for our failures both then and now.

Granted a League of Nations mandate to prepare a safe homeland for Jews, Britain instead severely restricted immigration just when it was needed most during the Nazi genocide.

And in the immediate aftermath of World War II, Britian shattered the hopes of traumatised survivors by turning their ships away or by herding them into detention camps. Some were even sent back to Germany where millions of their fellow Jews had been slaughtered.

Thousands of Jewish refugees were held in the Atlit Camp, interred behind barbed wire complete with watchtowers – and this in their own land, promised by Britain in 1917.

As part of a prepared declaration of sorrow, the UK delegation told their Jewish friends: “We grieve that [Britain’s policies] led to the deaths of hundreds of thousands of Jews who could have escaped Hitler’s ‘Final Solution’ if the gates to their ancient homeland had been fully open.”

And they added: “We are deeply sorry that our nation caused indescribable distress to untold numbers of your people and their surviving families, and that as a nation we dared to stand against the purpose of Almighty God to restore you to Eretz (the land of) Israel.”

A particularly shocking incident – on July 18 1947 – involved an attack by British forces on a ship carrying 4 515 Holocaust survivors, spraying fuel and throwing smoke bombs in order to deter the immigrants from landing.
I have touched on this and many other aspects of Britain’s role with Israel in my new book, A Nation Reborn (Christian Publications International).

As Italian author Edda Fogarollo put it: “Quite apart from the suffering experienced by these exiles during the Nazi atrocities, they also had to face the humiliation of having hoped in vain for freedom as their dream turned into a nightmare. After seizing the ship, the British re-routed it back to Europe – to the former concentration camp of Poppendorf, near Hamburg, of all places!”2

One of our great callings as Gentile Christians is to bring comfort to God’s chosen people, who have experienced so much suffering at the hands of those who hate them, just as Jesus, the Jewish Messiah, was despised and rejected of men.

Like him, they were led like lambs to the slaughter during the Holocaust – and we too have blood on our hands, having played our part in causing them to suffer such terrible grief and horror. For that we must repent.

Yet out of the ashes – a valley of dry bones – rose a new nation reflecting something of the resurrection power of Christ. Surviving a series of wars against overwhelming odds to emerge as a world leader in hi-tech innovation and much else besides has been nothing short of miraculous. They are even first on the scene of major disasters to help other nations in distress while their doctors treat the wounded among their enemies.

And they have been so keen to live at peace with their neighbours that they have given up land to which they were legally entitled. But that hasn’t proved enough for Iran and its proxies, Hezbollah and Hamas, who have vowed to wipe Israel off the map.

However, God has not called us to join the UN-sponsored chorus of disapproval, but to “Comfort, comfort my people…” and tell them that “her sin has been paid for…” (Isaiah 40.1f)

Not only must we bless and support them, but we are especially charged to tell them that their sins have been paid for – in other words, that the Lord Jesus, whom we Christians serve, also died for them. We have the awesome privilege of sharing the good news that our beloved Christ is their Messiah, who came to seek the lost sheep of the house of Israel.

But a furious battle for truth rages on as belligerent rioters further inflame tensions on the Gaza border in the mistaken belief that they have been robbed of their land and Israeli Prime Minister Benjamin Netanyahu is forced to counter Iranian propaganda about their nuclear program.

Citing intelligence reports, he said Iran had lied about never having pursued nuclear weapons and had continued to preserve and expand its knowledge of the same even after signing the 2015 deal with global powers designed to curb Iranian capabilities.3

The Bible clearly speaks of such deceit, thus: “Not a word from their mouth can be trusted; their heart is filled with malice. Their throat is an open grave; with their tongues they tell lies.” (Psalm 5.9)

All who desire to follow the truth – specifically manifested in Jesus Christ (John 14.6) – must surely see where the path leads.

1World Israel News, 9th May 2018
2Towards the Establishment of the State of Israel (Christians for Israel)
3JNN, 1st May 2018, quoting Reuters