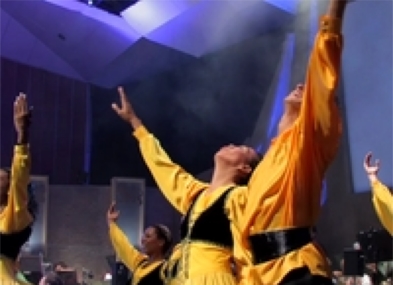 South African farmer-evangelist Angus Buchan is the main speaker at the 2011 Christian celebration of the Feast of Tabernacles which begins in Jerusalem this evening.

About 6 000 Christian pilgrims from about 100 nations are expected to attend the annual celebration  hosted by the pro-Israel International Christian Embassy Jerusalem (ICEJ)which begins this evening at Jerusalem’s International Convention Centre.

The Christian Feast of Tabernacles event, which has been hosted by ICEJ since 1980, has become the largest and most popular annual tourist event in Israel.  The ICEJ

Other keynote speakers at the event which runs from October 13 to October 18 are Pastor Werner Oder from Germany, who is the son on a Nazi war criminal; veteran British Bible teacher, Reverend David Pawson; Pastor Allen Jackson from the United States; ICEJ Executive Director Reverend Malcolm Hedding and International Director Dr Juergen Buehler.

In a prayer letter, Leon Vermeulen, prayer coordinator for Buchan’s Shalom Ministries, urges readers to “..ask the Lord to open the eyes of their (both Jews and Gentiles) understanding that they may know what is the hope of His calling. Let us also make intercession with Christ for the lifting of the veil that hangs over the faces of the people of Israel. Let us trust that the Lord Jesus will use this event for the honour and glory of His name.”

He says that the Feast of Tabernacles was the only event that the apostle Paul made sure to celebrate.

“On a few occasions he travelled all the way from Asia Minor in order to be in Jerusalem during this time. I have no doubt in my mind that God retained this event as a connection between the Jews and the Church for the purpose of offering His reconciliation in Christ Jesus to the Jews ( 2 Cor 5:18-19).”

The ICEJ was founded during the first public Christian celebration of the Feast of Tabernacles in September 1980, at a time when the 13 last national embassies had just left Jerusalem for Tel Aviv in protest against Israel’s declaration that Jerusalem was its capital forever, established as such by King David 3 000 years earlier.

According to the ICEJ website, the Christian Feast of Tabernacles celebration ” has been a vital and central part of our ministry of comforting Israel (Isaiah 40:1). Pilgrims come from many nations to worship the Lord, pray for the peace of Jerusalem, and to bless Israel in this time of regathering. We believe that celebrating the Feast each year honours the Lord in anticipation of the fulfillment of the words spoken by Zechariah.

The event can be watched online via live streaming.