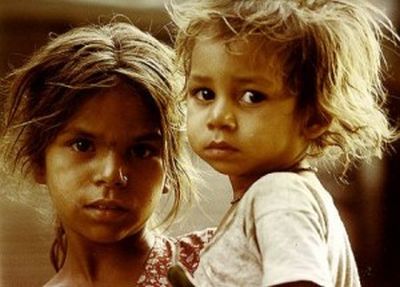 The National Crime Records Bureau says a girl gets trafficked once every eight minutes in India. The money generated through the sex trade stands at a whopping $343 billion a year, reports MNN.

Is there social justice? Not really. It’s a lucrative business in a country where nearly six to nine million women and girls are sold for illicit purposes. It’s all about supply and demand.

This month, the United Nations is acknowledging the challenges presented by this human rights issue. Universal Children’s Day is November 20, a day set aside to promote the welfare of the world’s children. Though long in practice, the issue of human trafficking has taken center stage in India and Nepal.

Through the observance, they’re encouraging communities to be vigilant, noting that as children grow and change, they require different levels of protection.

International Needs has been active on that front already. The ministry’s president Rody Rodeheaver explains, “According to the information that we’ve been given from various sources, the West Bengal district accounts for about 78% of the trafficking that goes on in India regarding children.”

Rodeheaver goes on to say that slavers use West Bengal as a catchment area. It was a good place to set up International Needs’ response to the trafficking problem. “We have been doing, for a number of years, a group home, which has reached out to young girls who have either been on the verge of being trafficked or who have been rescued from trafficking, and others who have been rescued from abuse.”The numbers come with baggage. “West Bengal district is very poor, very rural, and there is a lot of illiteracy. When you put all of those things together, it adds up to creating some vulnerabilities that increase the activity of human trafficking.”

Prasanna and Arpana Khaling are the directors of International Needs in Siliguri, India. In 2000, the Khalings opened the Sano Diyo home for girls that were at-risk or abandoned. Now at nearly 40 girls, they’ve seen a need for prevention. “What God has laid on their heart at this point in time is to reach out beyond just the walls of Sano Diyo and to begin to reach into the villages to provide child sponsorships.”

Surrounding villages are filled with poverty. Children often don’t have any food, and they are not able to attend school because their parents simply cannot afford it. International Needs can help. Rodeheaver says, “With those child sponsorships comes an education, but also our staff are providing preventive information and training to help these young girls avoid the child trafficking opportunities.”