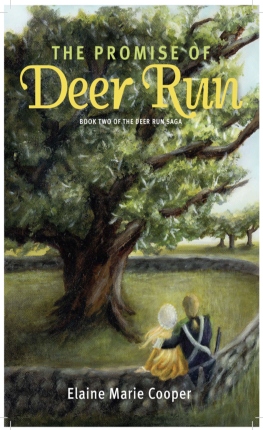 HOLLYWOOD — When the inspirational historical novel, The Promise of Deer Run, was honored as the Best Romance in the 2012 Los Angeles Book Festival, author Elaine Marie Cooper knew Who to thank.

“I want to thank my Savior in heaven Who has given me the ability to write,” she told an audience gathered tonight at the historic Hollywood Roosevelt Hotel.

Odds of Cooper’s win here were long with less than five percent of the entrants receiving any recognition from the judges. The romance category is often associated more with sin than redemption, and The Promise of Deer Run was competing against all sorts of romances, from tame to more explicit. Her tale of a Revolutionary War veteran and a farm girl carried the day. Touching on themes of forgiveness and God’s grace, this second book in the Deer Run Saga tells its story in vivid strokes as readers become immersed in early America.

“My books are about life — it can be a struggle. Finding faith, hope and healing is possible with God’s help.” Through her artful writing, she wants to entertain, inform and enlighten.

“I weave faith into the story in a natural way, the way most of us experience Jesus in our lives. To me, faith is as necessary as breathing and I know most Christians feel the same way. Yet, we make our mistakes as well. Thankfully, God is there when we reach out to Him. Sometimes He woos us back to Him even when we’re trying to run away. He is faithful even when we are not,” she says.

Christians have the greatest story in the world to tell. This honor is proof that wonderful things can happen to Christian authors even amidst general competition.

This was Cooper’s second success at the LA book festival. In 2011, she won an honorable mention for The Road to Deer Run, the first book in her American trilogy. The final title in the set, The Legacy of Deer Run, will be published this summer.

“It was an amazing experience to win such a big honor,” said the author, who lives in central Iowa. “I think more Christian writers should compete in secular contests to get the message out to the world. I feel so honored to receive such recognition.”