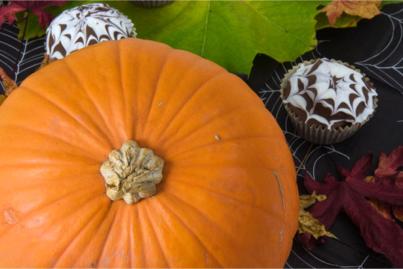 [notice]Halloween has been a big deal in the USA and other parts of the world for many years. In the last few years Halloween celebrations have been slowly gaining ground in South Africa. Judging by the number of Halloween parties and events advertised in South African cities this year it appears that locals recognise the commercial potential of the tradition. Dr R Albert Mohler, Jr., who is president of The Southern Baptist Theological Seminary in America, shares a Christian perspective on Halloween in a blog post that he originally wrote in 2007 and has reposted by popular request.[/notice]

Over a hundred years ago, the great Dutch theologian Herman Bavinck predicted that the 20th century would “witness a gigantic conflict of spirits.” His prediction turned out to be an understatement, and this great conflict continues into the 21st century.

The issue of Halloween presses itself annually upon the Christian conscience. Acutely aware of dangers new and old, many Christian parents choose to withdraw their children from the holiday altogether. Others choose to follow a strategic battle plan for engagement with the holiday. Still others have gone further, seeking to convert Halloween into an evangelistic opportunity. Is Halloween really that significant?

Well, Halloween is a big deal in the marketplace. Halloween is surpassed only by Christmas in terms of economic activity. Reporting in 2007, David J. Skal estimated: “Precise figures are difficult to determine, but the annual economic impact of Halloween is now somewhere between 4 billion and 6 billion dollars depending on the number and kinds of industries one includes in the calculations.” As of 2012, that total exceeded $8 billion.Furthermore, historian Nicholas Rogers claims that “Halloween is currently the second most important party night in North America. In terms of its retail potential, it is second only to Christmas. This commercialism fortifies its significance as a time of public license, a custom-designed opportunity to have a blast. Regardless of its spiritual complications, Halloween is big business.”

From Pagan Ritual to Party Night
Rogers and Skal have each produced books dealing with the origin and significance of Halloween. Nicholas Rogers is author of Halloween: From Pagan Ritual to Party Night. Professor of History at York University in Canada, Rogers has written a celebration of Halloween as a transgressive holiday that allows the bizarre and elements from the dark side to enter the mainstream. Skal, a specialist on the culture of Hollywood, has written Death Makes a Holiday: A Cultural History of Halloween. Skal’s approach is more dispassionate and focused on entertainment, looking at the cultural impact of Halloween in the rise of horror movies and the nation’s fascination with violence.

The pagan roots of Halloween are well documented. The holiday is rooted in the Celtic festival of Samhain, which came at summer’s end. As Rogers explains, “Paired with the feast of Beltane, which celebrated the life-generating powers of the sun, Samhain beckoned to winter and the dark nights ahead.” Scholars dispute whether Samhain was celebrated as a festival of the dead, but the pagan roots of the festival are indisputable. Questions of human and animal sacrifices and various occultic sexual practices continue as issues of debate, but the reality of the celebration as an occultic festival focused on the changing of seasons undoubtedly involved practices pointing to winter as a season of death.

As Rogers comments: “In fact, the pagan origins of Halloween generally flow not from this sacrificial evidence, but from a different set of symbolic practices. These revolve around the notion of Samhain as a festival of the dead and as a time of supernatural intensity heralding the onset of winter.

How should Christians respond to this pagan background? Harold L. Myra of Christianity Today argues that these pagan roots were well known to Christians of the past. “More than a thousand years ago Christians confronted pagan rites appeasing the lord of death and evil spirits. Halloween’s unsavory beginnings preceded Christ’s birth when the druids, in what is now Britain and France, observed the end of summer with sacrifices to the gods. It was the beginning of the Celtic year and they believed Samhain, the lord of death, sent evil spirits abroad to attack humans, who could escape only by assuming disguises and looking like evil spirits themselves.”

Thus, the custom of wearing costumes, especially costumes imitating evil spirits, is rooted in the Celtic pagan culture. As Myra summarizes, “Most of our Halloween practices can be traced back to the old pagan rites and superstitions.”

The complications of Halloween go far beyond its pagan roots, however. In modern culture, Halloween has become not only a commercial holiday, but a season of cultural fascination with evil and the demonic. Even as the society has pressed the limits on issues such as sexuality, the culture’s confrontation with the “dark side” has also pushed far beyond boundaries honored in the past.

As David J. Skal makes clear, the modern concept of Halloween is inseparable from the portrayal of the holiday presented by Hollywood. As Skal comments, “The Halloween machine turns the world upside down. One’s identity can be discarded with impunity. Men dress as women, and vise versa. Authority can be mocked and circumvented, and, most important, graves open and the departed return.”

This is the kind of material that keeps Hollywood in business. “Few holidays have a cinematic potential that equals Halloween’s,” comments Skal. “Visually, the subject is unparalleled, if only considered in terms of costume design and art direction. Dramatically, Halloween’s ancient roots evoke dark and melodramatic themes, ripe for transformation into film’s language of shadow and light.”

But television’s “It’s the Great Pumpkin, Charlie Brown” (which debuted in 1966) has given way to Hollywood’s “Halloween” series and the rise of violent “slasher” films. Bela Lugosi and Boris Karloff have been replaced by Michael Myers and Freddy Kruger.

This fascination with the occult comes as America has been sliding into post-Christian secularism. While the courts remove all theistic references from America’s public square, the void is being filled with a pervasive fascination with evil, paganism, and new forms of occultism.

In addition to all this, Halloween has become downright dangerous in many neighborhoods. Scares about razor blades hidden in apples and poisoned candy have spread across the nation in recurring cycles. For most parents, the greater fear is the encounter with occultic symbols and the society’s fascination with moral darkness.

For this reason, many families withdraw from the holiday completely. Their children do not go trick-or-treating, they wear no costumes, and attend no parties related to the holiday. Some churches have organized alternative festivals, capitalizing on the holiday opportunity, but turning the event away from pagan roots and the fascination with evil spirits. For others, the holiday presents no special challenges at all.

These Christians argue that the pagan roots of Halloween are no more significant than the pagan origins of Christmas and other church festivals. Without doubt, the church has progressively Christianized the calendar, seizing secular and pagan holidays as opportunities for Christian witness and celebration. Anderson M. Rearick, III argues that Christians should not surrender the holiday. As he relates, “I am reluctant to give up what was one of the highlights of my childhood calendar to the Great Imposter and Chief of Liars for no reason except that some of his servants claim it as his.”

Nevertheless, the issue is a bit more complicated than that. While affirming that make-believe and imagination are part and parcel of God’s gift of imagination, Christians should still be very concerned about the focus of that imagination and creativity. Arguing against Halloween is not equivalent to arguing against Christmas. The old church festival of “All Hallow’s Eve” is by no means as universally understood among Christians as the celebration of the incarnation at Christmas.

Christian parents should make careful decisions based on a biblically-informed Christian conscience. Some Halloween practices are clearly out of bounds, others may be strategically transformed, but this takes hard work and may meet with mixed success.

The coming of Halloween is a good time for Christians to remember that evil spirits are real and that the Devil will seize every opportunity to trumpet his own celebrity. Perhaps the best response to the Devil at Halloween is that offered by Martin Luther, the great Reformer: “The best way to drive out the devil, if he will not yield to texts of Scripture, is to jeer and flout him for he cannot bear scorn.”

On October 31, 1517, Martin Luther began the Reformation with a declaration that the church must be recalled to the authority of God’s Word and the purity of biblical doctrine. With this in mind, the best Christian response to Halloween might be to scorn the Devil and then pray for the Reformation of Christ’s church on earth. Let’s put the dark side on the defensive.