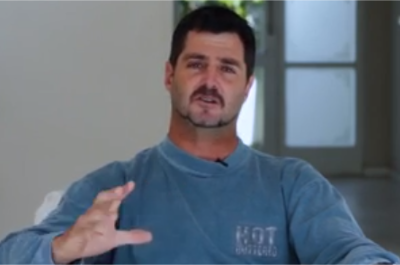 Senior Christian leaders and Christian attorneys are meeting in Pretoria tomorrow (Thursday) to discuss the Church’s response to growing attacks on its beliefs and freedoms.

The group previously met in June and July after the SA Human Rights Commission (SAHRC) found the Creare Christian Arts Training Centre in Bloemfontein guilty of discrimination against homosexuals for holding a Biblical view that homosexual practice is sinful.

“The meeting [with the SAHRC] went well,” said Selley in an interview today.

He said the SAHRC is aware of the “uproar in the Church in South Africa” over its decision to investigate a complaint about JGC teaching on corporal punishment and the commission’s apparent assumption that the church is guilty of a human rights violation.

Over the past two weeks, churches representing 6,2 million Christians have rallied to JGC’s call to stand together to defend the Church’s right to freely teach what it believes the Bible says, said Selley. The SA Muslim community has also agreed to oppose state interference in religious freedom.

Selley said farmer evangelist Angus Buchan called him this week to express solidarity with the united Church defence of freedom of belief. He said Buchan plans to raise the issue with Deputy President Cyril Ramaphosa at a meeting with him on Tuesday 17.

Commenting on the JGC delegation’s meeting with the SAHRC in Cape Town last week, Selley said it appeared that their next step will be to meet with the un-named person who complained to the commission about the church’s doctrine on corporal punishment. He said the commission explained the complainant can drop his complaint but if he does not, due legal process must be followed.

He said that at their meeting the SAHRC appeared to appreciate their “olive branch” offer to help the State by providing community training and support to prevent abuse and violence against children.

Meanwhile, the Christian leaders meeting in Pretoria tomorrow are taking a proactive approach to current and potential future attacks on religious freedom. Outlining the meeting agenda, Family Policy Institute Director, Errol Naidoo, said Christian Lawyers Association Chairman, Reg Willis, and Christian attorney Teresa Conradie will introduce the proposed establishment of a legal body called the Institute for Public Justice, which will take on the challenge of defending the church against various challenges. And in another presentation, Professor Pieter Coertzen of Stellenbosch University and co-architect of the “Charter for Religious Rights & Freedoms.” will explain how it will protect religious freedoms, how churches can adopt it as part of their constitutions and what must be done to get it adopted into SA law.

The SAHRC have in the interim launched another investigation that bodes ill for religious freedom: this time they are investigating alleged ‘homophobia and pro-Christian bias’ by South African adoption agencies.

Selley said JGC is still trying to rally more leaders to stand with them for religious freedom. They hope to create a huge database of the Church in SA, which they can contact about other challenges by the State  and so present a united Christian front on matters. Churches are asked to send messages of support to redflag@joshgen.org.za.